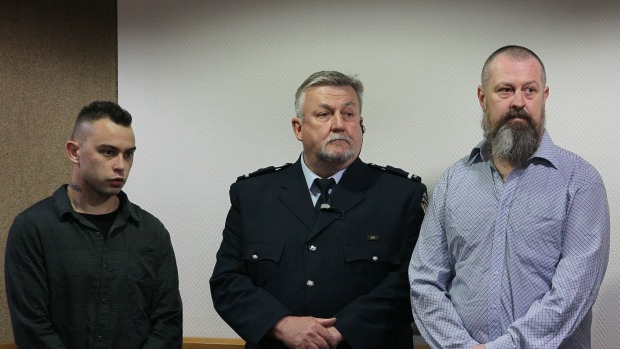 Every year Terry Smith’s family pull together to fight to keep the men who set him alight and killed him behind bars.

Michelle Smith and her former partner’s family have submitted to all of Jason Alistor Barr and Shay Barry Webster’s separate parole hearings and dedicated countless hours researching the pair, who were jailed for Smith’s manslaughter in 2014.

Although the Christchurch family want to get on with life, Michelle Smith said they kept revisiting the past because they did not want to see either offender released early.

Barr and Webster were imprisoned for fewer than six years each after pleading guilty to the manslaughter of Terry Smith, 55, in a Woolston house on April 25, 2013.

Terry Smith died from severe burns to his body after the pair poured petrol on him and then flicked a lighter, which caused the fumes to ignite.

On February 20, Barr made his second unsuccessful appearance before the New Zealand Parole Board.

“When you have more than one offender, it really does just bring it up repeatedly”, Michelle Smith said.

She said she and Terry Smith’s family, including her and the victim’s son, had collected police records and as much information as possible so they could voice their concerns before every hearing.

“It’s really hard. We all find it harder and harder as we go along, to keep revisiting this.

“I think we all want to know we’ve done everything we can do to keep them where they need to be for as long as we possibly can, because they pose an ongoing danger to the public.”

Michelle Smith said she felt like her concerns had been taken seriously for the first time in the February 20 hearing.

“We’ve never had it put so well and so clearly.”

In its decision, the board accepted Barr had made “significant changes” since he had been in prison, but stated that he still had “a long way to go”.

With this latest hearing now complete, Michelle Smith said she would “tuck it away” and wait for the next one to roll round.

“You’re really just getting over one parole hearing and then you’re notified two to three months in advance of the next one.”

NZ: OFC – Auckland City FC through to the final