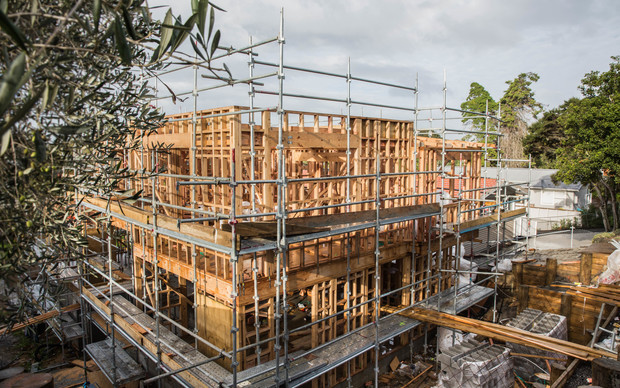 Wellington City Council is planning to give first-home buyers of new houses a one-off $5000 rates discount, but some worry it will not be a big enough incentive.

Under the new plan, people buying a newly-built first home – including new apartments – will get a $5000 discount off their rates, which will carry over until the amount is spent.

The discount would apply for homes built after 1 July this year. The council is taking submissions on the draft plan, which will close in a month’s time.

Aspiring home-owner Michelle, 27, has been looking for a house for three years, unable to save enough for a deposit as prices continue to rise in Wellington.

She immediately welcomed the financial sweetener.

“I’m really excited that someone’s trying to do something to help first-house buyers – it’s a really tough market out there and such a concrete plan is really positive.”

Although the scheme was a drop in the bucket, there were not any better ideas out there, she said.

“No one else seems to be trying anything. No political party seems to want house prices to fall. They’re not affordable as they are – wages just aren’t keeping up. $5000 seems better than … not $5000 dollars.”

A February analysis of accommodation in Wellington showed the city was short by about 3500 homes.

The council said it expected about 40 first-home buyers to take up the offer in its first year, which would cost about $200,000.

Wellington mayor Justin Lester said the aim was to tempt prospective buyers into the market.

However, real estate agent Nicki Cruickshank said she did not think the idea would have the desired impact.

“It’s great that council are looking to make some changes to help relieve the housing situation in Wellington, but at the end of the day I don’t think that a buyer is going to make a decision based on getting one year off paying their rates.”

Ms Cruickshank said incentives should be aimed at developers and builders, to ensure a steady supply of housing to match demand.

FIJI NEWS:- A suspect has been questioned in relation to the...