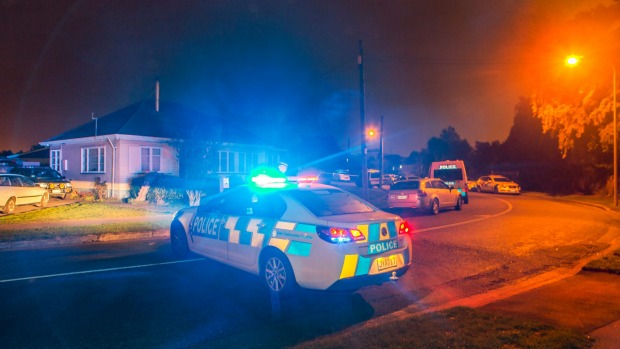 A man has suffered serious injuries after reportedly being shot twice in Christchurch.

Police were called to Dickson Cres, Hornby, before 7pm.

A statement said officers arrived to find a man with a serious leg injury. He was taken to Christchurch Hospital.

A witness, who did not want to be named, said a man had been shot twice.

Another witness said she was leaving a friend’s house nearby when she drove past the address and saw a man running across the road to get in his car and flee.

“I saw and heard a bit of yelling and people walking in the middle of the road. Just strange behaviour.

“There was a man lying on the grass with about six or seven people surrounding him … everyone was outside screaming and crying.”

With her 3-year-old daughter in the car and “a bit shaken up”, the witness said she kept driving to get home.

“It wasn’t until I [later] met with the police that I learned he’d been shot.

“My friend called me after I got home and asked me to go down and make a statement. When I got down there, there was cordons, police standing there with guns.”

Police had blocked set up a cordon blocking off the northern part of Dickson Cres. The statement said they were making enquiries to ascertain how the injury was sustained.

“Police believe this is an isolated incident and the general public is not thought to be at risk.

“However, if any member of the public has concerns they should not hesitate to call 111.”

Fj News: Police trying to ascertain the cause of fire in...