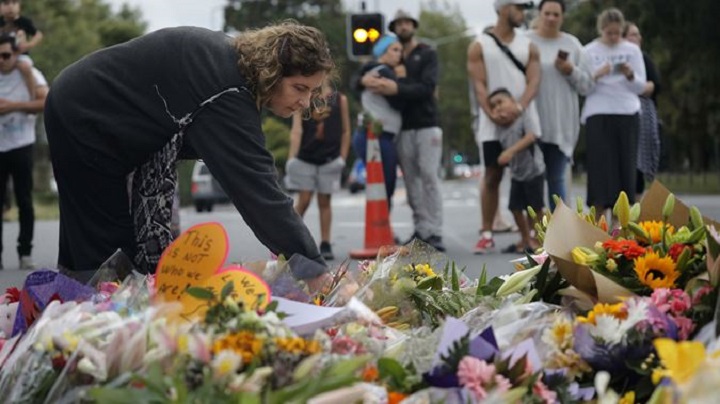 More than $7 million has now been raised online for victims of the Christchurch terror attack as those in charge of the money begin meeting to decide how best to distribute it.

About 70,000 donors flocked to one Givalittle page alone, raising more than $5.4 million for the victims and families of Friday’s attack in which a gunman killed 50 people at two Christchurch mosques and injured many others.

Such was the outpouring of support from ordinary Kiwis, the page started by the non-profit Victim Support group set a new Givealittle record by raising $3.5m within its first 24 hours.

Elsewhere, New Zealand’s banking industry donated a further $1m to a new fund set up at the request of Christchurch Mayor Lianne Dalziel.

Dr Anwar Sahib, chair of the NZ Islamic Information Centre, said he had been blown away by the generosity of Kiwis.

His group had run fundraising appeals in the past but never on this scale. They planned to meet with the Victim Support group and representatives of the victims families today to make a co-ordinated plan on how to hand out the money.

“We are trying to work with other groups that have done this before to get some help on how to get this money distributed to the victims and families as soon as possible,” he said.

While the huge amounts of money pouring in have created logistical challenges for those behind the fundraising pages, it has also put the non-profit team behind the Givealittle fundraising website on high alert.

So far 40 Givealittle pages had been set up to raise money for victims and families of the attack, with new ones “popping up every hour”, according to Robyn Lentell from Spark Foundation, which runs Givealittle.

Her entire team had worked through the weekend to ensure the flood of new pages were legitimate and stop anybody from trying to scam donors or profit illegally from the tragedy.

Givealittle did this by “extensively” checking and moderating each new page as it is set up and potentially asking those behind the campaign questions, such as: “who are you, how are you affected, is the use of the funds as transparent as possible?”

Pages yet to be moderated had large warnings flashed across the top of them. Givealittle also had the power to remove pages, while members of the public often reported suspicious pages as well, Lentell said.

Givealittle also later completed thorough identity checks using a similar process to that employed by the country’s big banks when it came time to pay out the money raised through each campaign, she said.

She said she didn’t have data showing how many pages purpoting to raise money for victims of the Christchurch shooting had been taken down.

Givealittle earlier said in a statement it was confident that Victim Support – as a registered charity and official response agency to the shootings – would use the more than $5m it had so far raised “appropriately”.

“Victim Support have assured us that this is not a fundraiser for Victim Support’s regular operating costs,” Givalittle said.

“All funds will be used to directly support victims affected by the incidents, including other organisations they are working with, and the families themselves.”

He said the money raised had been much larger “than any of us could have predicted” and asked for patience in deciding how it would be managed.

“It’s going to take some time to make sure there are fair and responsible processes in place for the long-term management of the fund, and that the community and victims affected are consulted about how these funds are used,” Cotter said.

NZ Islamic Information Centre’s Sahib, meanwhile, said his group were yet to receive direct requests from families for financial support.

However, he hoped to have a clearer picture by April 1 on how the centre would distribute the almost $2m it had raised so far.

Prime Minister Jacinda Ardern also earlier promised the Government would cover burial costs for victims, while their families would be able to apply for financial support through the Accident Compensation Corporation.

Featured image: Mourners leave flowers at a memorial for the victims. (Photo / AP)

Joshua Alan Diamond had cannabis worth $28,000 on his property when police busted

Mohamed Salah has again returned a positive test for coronavirus