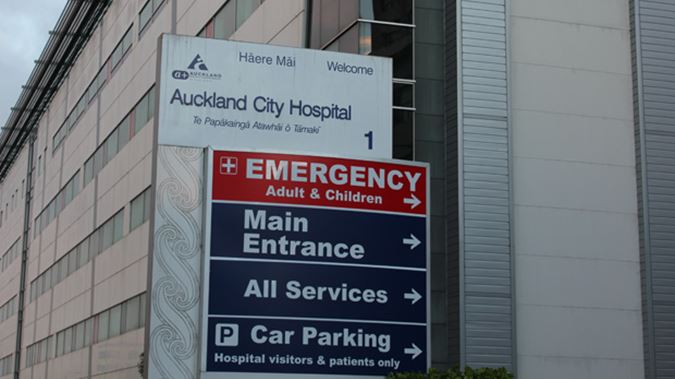 Update: 7:05am – Bullying at Auckland City Hospital included yelling and abuse, and “arrogant” specialists taught trainees how to “say no” to patient admission requests, according to official documents.

Nurses also challenged the behaviour of certain specialists for years but were intimidated in response, the Herald can now reveal after two years of trying to get the information.

The Herald revealed the intensive care unit lost its accreditation as a training facility for would-be specialists in November 2014, however details of the alleged bullying and harassment were unknown.

The hospital says issues have now been addressed and new leadership brought in. The department was reaccredited in June last year.

However, it has since faced separate allegations of bullying and concerns about work practices at its mortuary, with the Auckland District Health Board (ADHB) acknowledging it is on a “path” to improving culture across the organisation.

The ADHB repeatedly declined to release any details about the ICU bullying claims after OIA requests, citing sensitivity over negotiations with the college and privacy concerns.

After a complaint to the Ombudsman, it has now released two letters from the College of Intensive Care Medicine of Australia and New Zealand, including one to the hospital’s chief executive outlining why the drastic step of removing accreditation was taken.

The November 20, 2014 letter outlines problems identified during an inspection by an accreditation committee, including:

• Disrespect among the specialists themselves and towards junior medical staff, nursing and ancillary staff. Bullying and harassment were reported, as well as yelling and abuse.

• Many specialists were reported as having an arrogant demeanour that was “evident in the attitude towards lower-dependency patients referred from the wards”.

• Nurses had challenged the behaviour of specialists over the years “but are now clearly intimidated”.

• Certain data on mortality rates was not available, with little continuity of care as specialists mostly work on a one-day basis.

The College of Intensive Care Medicine committee also identified a “major problem” with how specialists interacted with the wider hospital – an issue reviewed with a hospital-wide survey.

“It was described as a ‘damning reflection’ and terms such as ‘boil over’ in relation to general medical patients and a ‘burning deck’ were used,” the college’s letter to the DHB states.

“At least several of the ICU specialists evidently disparage any role in the care of ill patients outside the ICU and have reportedly lost the trust of at least part of the hospital. Trainees reported ‘learning how to say no’ to patient admission requests, and having a sometimes difficult experience caught up in the tension between the ICU specialist and the ward medical teams.”

The specialists did not acknowledge any responsibility for the conflict and break-down in trust, “and for the failure to address the interests of unwell and deteriorating ward patients”, the college noted.

When accreditation was reinstated at the ICU – one of the country’s largest training centres for intensive care specialists – a new service clinical director was appointed.

The College of Intensive Care Medicine reported a major change in the department which had dramatically improved the training experience.

Nurses felt they were respected and the department was now seen as responsive to patients and supportive of the wider hospital.

In May, the ADHB launched a programme designed by employees with union support to help and encourage the reporting of unacceptable behaviour.

Dr Barry Snow, director of adult medical services for ADHB, said there were two episodes of substantiated harassment in the department of critical care medicine. Neither event caused patient harm.

“We were aware of the cultural issues in DCCM prior to the visit of the accreditation team in 2014. We were already working to address these before the report, and have continued since.

“We are delighted to have the impact of this work recognised so strongly by the College of Intensive Care Medicine when they provided our reaccreditation. Even more important is the difference it has made to those who work in and with DCCM.”

Health Minister Dr Jonathan Coleman said he had zero tolerance for bullying, “and as the employers I expect all DHBs to provide a safe and supportive workplace”.

Labour’s health spokesman David Clark said he was aware of incidences of bullying at other DHBs, and it was a problem that authorities needed to be vigilant about.

Man charged with the murder of his wife gives evidence

Apple’s app stores will now have to show much more detail...

Crusaders Head Coach can enjoy visit to Fiji thanks to team...