Home News Parents of gunned down officer travel back to California from Navua after... 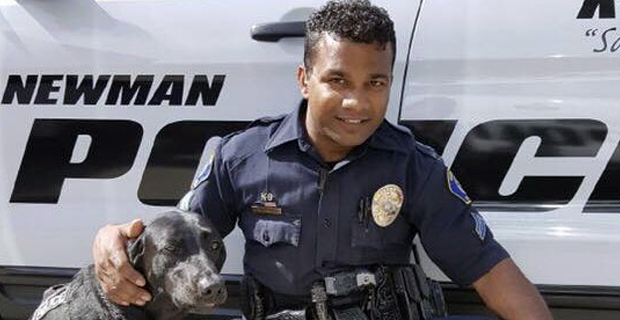 Updated: 9:15am – It was a difficult way to finish Boxing Day for the Singh family of Naitata, Navua after receiving news of their son, Ronil Singh being shot in the line of duty in California.

Singh’s parents who were in Fiji till 26th for the festive season are currently travelling back to Newman, California after receiving the tragic news.

She says that Singh always had the dream of becoming a Police Officer and worked hard to complete his education in Criminal Justice before joining the Newman Police Department in 2011.

Shivy has revealed that once Singh’s parents arrive in California they will they be able to confirm funeral details for the late Newman police Officer.

Meanwhile, a search continues for the suspect who fatally shot Ronil Singh in the community of Newman in California early last night.

According to overseas media, Singh was conducting a traffic stop last night in the town of Newman when he called out “shots fired” over his radio.

Authorities said the shooter had fled when back‑up arrived to assist Singh.

The 33‑year‑old officer was rushed to a hospital and died from gunshot wounds.

Singh is survived by his wife and young son.

Fameeza Sheikh: In Business Planning is Everything | NZ FIJI TIMES

FIJI NEWS: – National immunisation campaign to continue for the target...