Home Top News Plans to set up a Pacific Islands Super Rugby team has been... 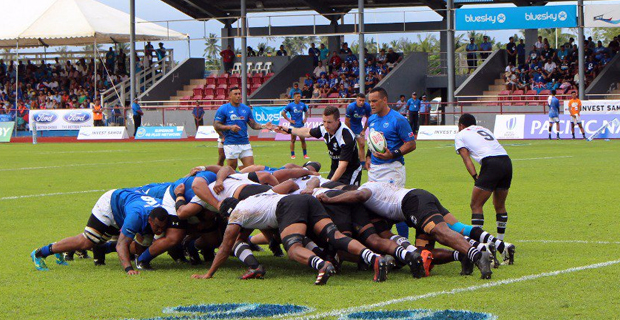 Updated: 8:25am – A secret plan has now been revealed of a Pacific Islands rugby team to be set to take part in the Super Rugby Competition.

The team would be made up of players from Fiji, Samoa and Tonga.

Newshub says it has learned both New Zealand Rugby and the Government have worked on the proposal, meaning a united ‘Pacific Force’ is now close to reality.

The feasibility study was carried out by Jeremy Curragh, a respected rugby commercial operative.

Under the plan, the team would be based in Suva, as Fiji is the biggest country. It would also play some ‘home’ games in Samoa, Tonga, Auckland and Sydney.

The team would be set up as an independent franchise and enter the competition in 2021 ‑ in two seasons’ time.

It’s got backing from the very top of NZ Rugby; chairman Brent Impey and new board member Sir Michael Jones.

He says for so long now they have been in the back seat with Super Rugby, and now it’s about time that they are in charge.

A spokesperson from the NZ Ministry of Foreign Affairs and Trade says it funded the study to support Pacific communities with a view to encouraging investment to fund a commercially viable professional rugby team.

The spokesperson says the Foreign Affairs Ministry has not committed to supporting start‑up costs or operating capital for any possible future team.

But there’s an opponent that doesn’t even play the game: China.

Part of the plan is that rugby can be a diplomatic force to counter China’s influence in the Pacific.

Much like Pasifika TV, which delivers New Zealand television to the islands, the idea is that rugby will help keep hearts and minds away from China, which is saturating the region with money to obtain influence.

The plan has gone to Fiji, Samoa and Tonga for consideration, and it will likely also be discussed at a SANZAR board meeting in London in the coming days.

One of the big questions will be how it is funded, and whether the New Zealand Government will put money towards it.

USA tour ahead for Football Ferns