Home News Politics in our country will continue to be race based for some... 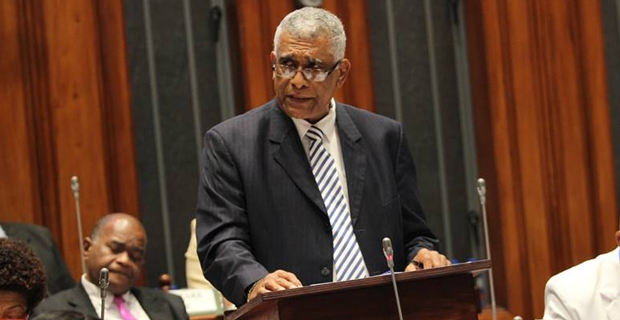 Updated: 9:32am – SODELPA parliamentarian Ratu Naiqama Lalabalavu stresses that politics in our country will continue to be race based for some time.

While speaking on the President’s opening speech in parliament, Ratu Naiqama says this is the reality on the ground. Ratu Naiqama then accused the minority communities of block-voting during the elections.

He then went on to say that SODELPA reassures all the minority religious and ethnic communities in Fiji that the party is committed to assuring their security in the country.

While speaking about the 2018 elections, Ratu Naiqama said that they agree with the recommendation that the ballot papers must have the party name, symbol as well as the names of the candidates.

He also says that they are recommending that pre-polling be restricted to emergency workers and essential services and that the rest of the population vote on voting day, to make it truly a one day election.

Ratu Naiqama also says that as the apex of the iTaukei institutions, the good governance and wellbeing of the iTaukei firstly is the responsibility of the Great Council of Chiefs.

He says the unique role of the GCC is to make recommendations to the government of the day for the wellbeing of the iTaukei.

Ratu Naiqama says the only remedy for the country is to choose new leadership in 2018.

FIJI NEWS: – We are committed to providing and improving water...