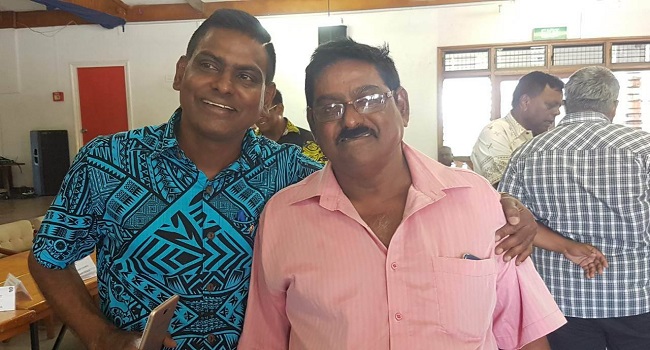 Updated: 8:50pm – Jitendra Reddy has won the elections and is the new Southern Division Vice-President of the Fiji Football Association.

Reddy won by a vote count of 38-9 over Sandeep Roy at the Fiji FA Congress in Lautoka today.

“Indeed very proud. Very proud moment for me this morning. I must thank the Fiji FA hierarchy especially the President Rajesh Patel and all the vice-presidents. Most importantly Jitendra Kumar who was the first one to stand up for me when I declared that I would be contesting for the elections.”

For the west post, Jitendra Kumar won over Navneeda Gounder with a vote count of 39-11.

Girja Prasad retained his post in the northern division and says he will continue to work for the development of the sport.

“Another four years there to look after the districts. This time around I will be work harder to promote betterment of football in the north.”

Women’s President Susan Wise was also appointed as one the Vice-Presidents and says this is a huge milestone for her.

25 schools in TC Yasa affected areas have been extensively damaged.