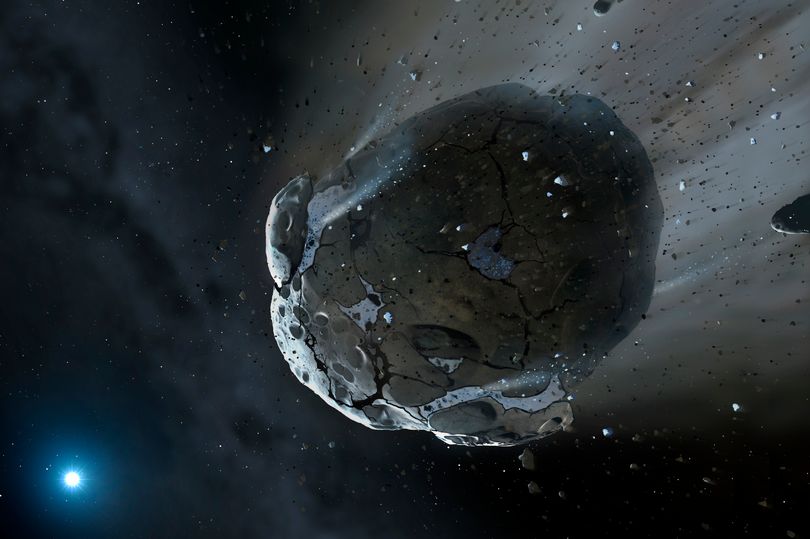 An asteroid up to a kilometer-wide is grazing past Earth in time for Halloween – and NASA diagrams show just how nail-bitingly close the near-miss will be. The space rock — dubbed 1998 HL1 — is classified as a moderate threat and is big enough to kill millions should it ever impact our planet.

Thankfully, this year it’s the closest approach will be 150,000,000 miles away — or sixteen times the distance to the moon — on October 25. While incredibly close in astronomic terms, as seen in its orbit diagram, we should be safe this time around from the repeat visitor.

The space rock was first spotted on June 24, 1998, by the LINEAR survey at the Lincoln Laboratory’s Experimental Test Site in Socorro, New Mexico. The asteroid is actually so large it is classed as a minor planet.

Astronomer Phil Plait has previously said that a smaller asteroid just 250 meters across — like potentially-deadly Apophis — would cause “unbelievable damage” in a direct hit. But he told a Ted Talk that NASA has a plan up its sleeve to deal with asteroids on course to collide with Earth.

“If we see an asteroid that’s coming toward us, headed right for us, and we have two years to go? Boom! We hit it,” he said. “You know, if you watch the movies you might think, ‘why don’t we use a nuclear weapon?’

“Well, you can try that, but the problem is timing.“Shoot a nuclear weapon at this thing, you have to blow it up within a few milliseconds of tolerance, or else you’ll miss it. “And there are a lot of other problems with that; it’s very hard to do.

“But just hitting something? “That’s pretty easy. I think even NASA can do that, and proved that they can.” This comes as NASA admitted an asteroid “did sneak up on us” when it passed closer than our own moon last month.

Asteroid 2019 OK was the largest asteroid to come so close in a century when it flew by unannounced, causing alarm among astronomers. NASA’s planetary defense officer, Lindley Johnson, wrote in an email to staff: “This one did sneak upon us and it is an interesting story on the limitations of our current survey network.”

Featured Image: The Apollo asteroid is a repeat visitor and headed our way once more. Photo / Dailystar