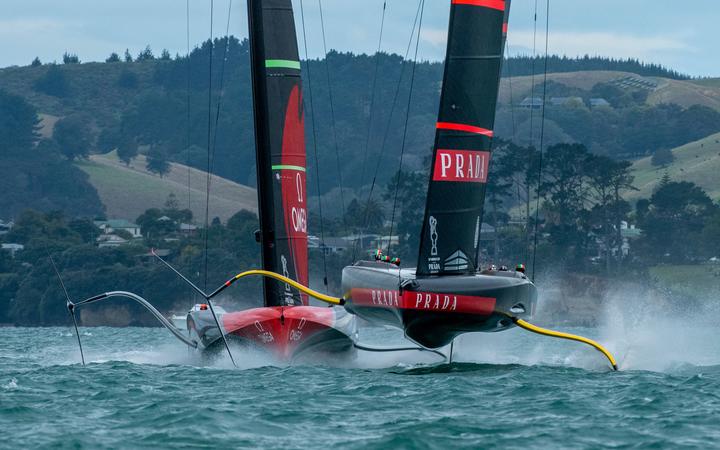 Getting a seize the beginning demonstrated unequivocal in the initial races of the 36th America’s Cup however the present second day of activity could see more see-sawing fights between Team New Zealand and Luna Rossa.

Each group guaranteed a success on Wednesday, gaining by a mix-up by their rival before the beginning of each race and afterward holding the lead to the completion.

Lighter, patchier breezes could mean greater commitment for the boats at a more protected course in the Rangitoto Channel off Auckland.

“Be that as it may, when the breeze is more sneaky or patchier we will see more passes.”

The two groups spent the lay day on Thursday assessing information from the initial races, which guaranteed the fight for the ‘Auld Mug’ could go last possible minute.

Group NZ hoped to have the edge on speed after the very beginning however not even close as much as had been supposed.

“There was a great deal of discussion about Team New Zealand being 5-8-10 bunches quicker, and that was obviously not the situation. We are happy we can simply race and attempt to win this,” Bruni said.

Group NZ captain Peter Burling surrendered his group had not been at their best in their first races after exactly three months, yet he was floated by their speed after they raged home in the last leg of the subsequent competition to fall only seven seconds shy of the challengers.

“There’s such countless little subtleties on these boats which you need to get right, to get around the track fit as a fiddle,” Burling told Stuff.

“None of us truly realized how fast we planned to go, and now we just truly know in one condition, how speedy every one of these boats are.”

Light breezes are estimate for now.

Pressure on PNG police chief over use of officers in political...