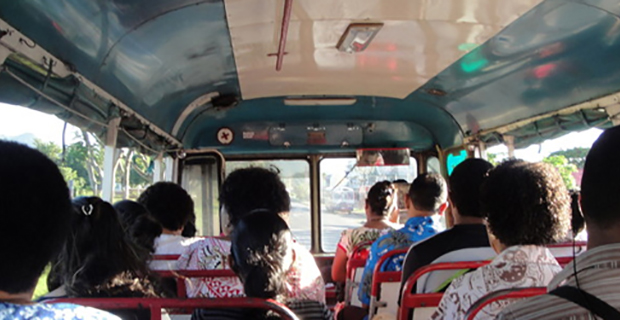 Updated: 6:37am – Serious concerns have been raised regarding the playing of music containing vulgar language in buses.

We have received information and one of our reporters was also in a bus where the driver was playing songs that had swear words.

This was the bus coming along the Suva/Nasinu corridor at 8am with many adults and students. The packed bus goes past CWM Hospital to Suva Bus Stand.

This has been happening a number of times.

When questioned on this issue, Narere Buses Limited Managing Director Shane Ravindra says that he is not aware of their bus drivers playing music with vulgar language.

Ravindra says now that we have raised the issue with them, he will look into the matter.

He says the drivers will have to face consequences if they fail to adhere to the rules.

Ravindra says the drivers will either get a warning or be suspended.

US calls on UN to impose strongest measures on North Korea,...