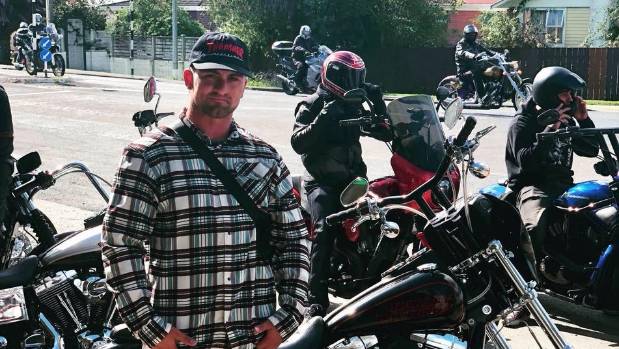 Emergency services were called to a single-vehicle crash on Dairy Flat Highway around 2.30pm on Wednesday.

Close friend Julian Rivers-Smith has confirmed that Bennett was killed in the crash.

A police spokeswoman said on Wednesday night they were still trying to confirm the identity of the dead man and the cause of the crash.

A fellow motorcyclist, who was riding with Bennett at the time of the crash, said he helped with initial first aid but didn’t know Bennett personally.

He said 30 to 50 riders had come together for an Anzac Day ride, and became separated due to traffic.

“I got to a point where everyone was signalling to stop because a guy had come off, so I went over to help,” said the man, who didn’t want to be identified.

“When I got to him he was unconscious and bleeding.” The man said the ambulance was called and arrived quickly, followed by police.

“I only knew his name was Johnny, because everyone was calling him that, I didn’t know he was anyone famous until later,” he said.

Last month, Bennett put his 2016 Harley Davidson, ‘Dyniqwa’, up for sale on his personal Facebook page. It is not yet known if this was the bike he was riding on Anzac Day.

“Gonna upgrade but stay with same model bike, love em,” he said at the time.

“We wanted to build the Lamborghini of pit bikes, a Yamborghini as such, then Yambo Bikes was born,” the bikers’ Instagram bio reads.

The pair were planning to launch the bikes in the near future.

A tribute to Bennett on the Yambo Bikes Instagram account said “RIP brother I will keep our vision alive and make Yambo Bikes how we wanted, taken too soon.”

Smith also paid tribute to Bennett from his personal account, saying “so lost for words and don’t know where to start. You was the first kid I met when I moved to NZ a little skateboard grom. You was one of a kind and a true inspiration to show the world never let anyone say you can’t l, so many funny memories and buddy I will finish this venture we started together and chase that dream.” [sic]

Emergency crews worked at the scene of the crash for several hours to recover the motorbike, which had gone down a steep ditch.

Earlier, a group of people at the scene had comforted each other as a body was recovered.

The motorbike was found 15-20 metres off the road, about 50 metres from the intersection with Hobson Road in a ditch covered with long grass and scattered bushes.

The scene was just north of Albany township, but the area is rural with trees lining Dairy Flat Highway and the surrounding area.

The section of highway where the crash happened climbs steeply, with a passing lane that leads into a sharp turn just before the Hobson Road intersection.

The speed limit is 100kmh, but locals have been asking for it to be lowered because of the number of crashes on that stretch of road in recent years.

Facebook page Alcanews posted a video reportedly of Bennett and fellow bikers at a petrol station one hour before the crash.

Another witness said the motorbike had gone down a bank and into a ditch.

Tributes were pouring in on the self-described “amateur stuntman’s” Facebook page, which had a quarter of a million followers.

Friends said they were “lost for words”.

“I’m struggling to believe it…Thanks for bringing an unbelievable amount of laughs into my life,” one said.

“You lived more in your short life than most live in there entire life. Cheers for the good times, laughs and smiles dude,” said another.

Musician and friend Richie Cattel said Bennett was someone who “made everyone laugh and helped a lot of people through rough times by bringing a smile to their face”.

In 2015, Bennett lost his driver’s licence and was fined $1000 after filming himself crossing Auckland’s Harbour Bridge car surfing on the roof of a taxi while it was travelling at about 80kmh.

WORLD NEWS: Coronavirus: Pound plunges to its lowest level in over...

PM reminds police officers that the badges they wear is not...