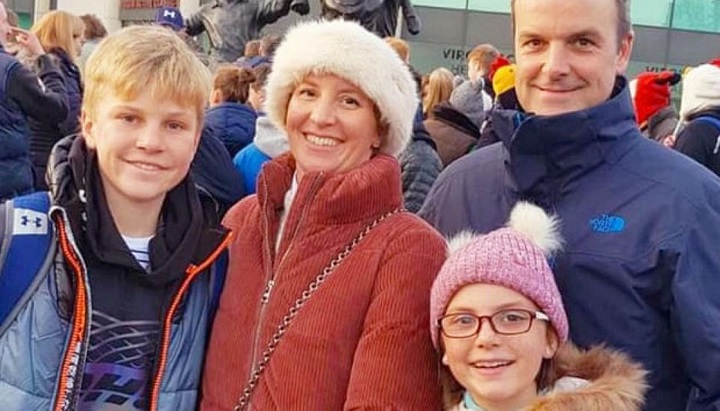 A British father was seen walking the streets “covered in blood” after his entire family were among those killed in the Sri Lanka Easter Sunday attacks.

British lawyer Ben Nicholson was on holiday with his wife Anita, 42, their son Alex, 14, and their daughter Annabel, 11. Anita, Alex and Annabel have all been confirmed dead.

The family of four was reportedly dining at the Shangri-La hotel in Colombo when the bomber struck.

Nicholson released an emotional statement on Monday, paying tribute to his “wonderful” wife and their two “amazing” children, the BBC reports.

The British survivor said he was “deeply distressed” by his loss but “mercifully, all three of them died instantly and with no pain or suffering”. The Nicholsons were both lawyers, and their family was based in Singapore.

A medic from the National Hospital in Colombo saw Nicholson wandering the street in a bloody shirt, asking about his family.

“He was not running or crying, he was shocked. We wondered whether he was confused but he seemed in control. He just kept asking about his family members,” the medic told the Daily Mail.

In his statement, Nicholson thanked the medical teams in Colombo, as well as the Sri Lankan people he encountered since the attack.

Fiji: Rape victim claims she was given homebrew