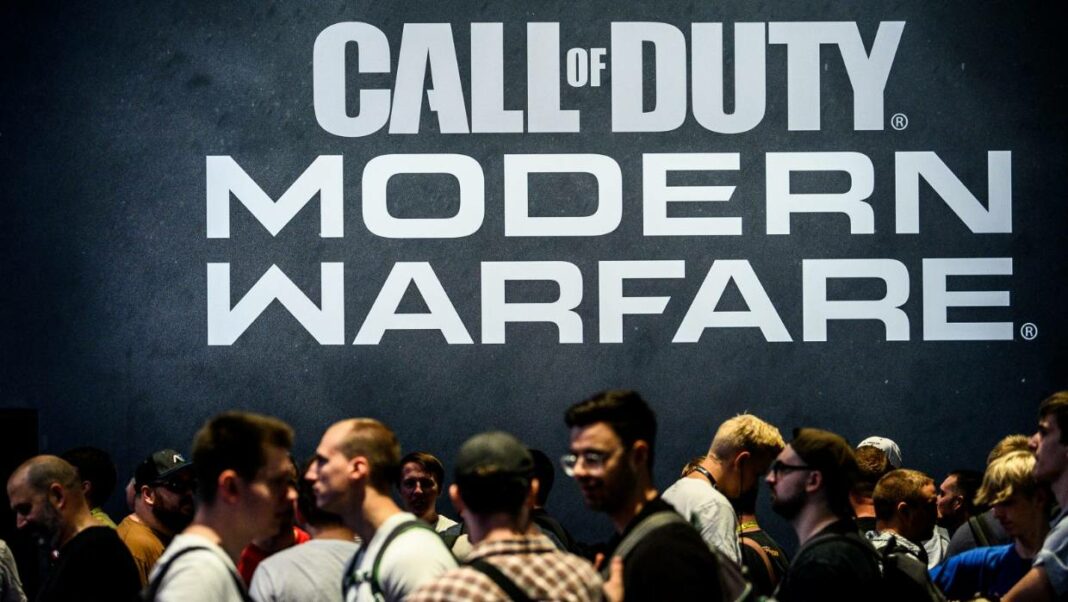 At one point in the newly released Call of Duty: Modern Warfare, the player becomes Farah Karim as she rushes through fictional streets in Urzikstan, watching Russian soldiers massacre fellow civilians.

Her father is gunned down by a soldier eager to kill the young girl and her brother. And Farah, gripping a screwdriver, plunges the tip into the soldier’s stomach before killing him with his own rifle.

The brutal scene earned some detractors in the United States, as the developers defended their effort to produce a messy, complex story that defies the black-and-white conventions of fighting enemies like Nazis or terrorists.

But in Russia, the portrayal of its soldiers as over-the-top villains has earned rebukes from state-owned media, sparked calls for boycotts and prompted live-streamers to pull out of promotional deals with publisher Activision.

Ilya Davydov, an influential Russian gamer with nearly half a million Twitch subscribers, said he signed a promotion deal with Activision Russia to live-stream the game over six months.

But on October 25, timed with the release of the game, he backed out two hours before he was scheduled for his first campaign live-stream, following a look at the missions.

“I realised that I did not want to show such content on my channel, since the story campaign was filled with outrageous moments that presented Russia and the Russian army as war criminals,” Davydov, who also goes by Maddyson, told The Washington Post by email.

Russia has increasingly used popular culture as a channel to both defend itself and recast its image on the world stage. State-run media slammed HBO’s Chernobyl as Western propaganda, prompting a network to produce a series that places blame on the US for the disaster, according to the Moscow Times.

Part of Davydov’s agreement, he said, was to not mention the “No Russian” mission from 2009’s Modern Warfare 2 release. That mission let players partake in a Russian terrorist attack in an airport. It prompted blowback for Activision, which removed the mission from Russian versions of the game, which at the time was available on PC.

Other streamers followed suit and pulled out of their deals, Davydov said.

“Why are these terrible Russians doing these things?” he asked rhetorically, according to NBC News. “Simply because that is their essence. They are by nature not even people, but some infernal orcs.”

The gamer response to Call of Duty has been swift and merciless, as Russians flooded Metacritic to downvote the game’s user score in an effort to blunt its appeal. The PC rating is below 3 out of 10. The PlayStation 4 score is pulling just above a 3.

The Call of Duty franchise has relied on a host of villains throughout its history, beginning with Nazis in World War II before shifting to amorphous terror groups, extremist splinter cells and space tyrants.

Developer Infinity Ward has said it intended in the newest release to create a morally and politically gray narrative in a fictional country distant from real events.

That intent was relayed to promoters like Davydov, he said.

But “there is no ‘grey morality’ in the game,” he said. “SAS soldiers and CIA operatives do not shoot women (unless they are holding weapons) or children, unlike Russian soldiers.”

Infinity Ward and publisher Activision did not return requests for comment.

In the game, players assume the role of a CIA operative and Farah, both as a young girl and later as a militia commander, as they wage a guerrilla campaign against Russian occupiers in Urzikstan, a mash-up of Syria, Afghanistan and Chechnya.

Later in the game it’s revealed that the Russian commander has gone rogue, and players fight alongside some Russians to resolve the campaign.

But that appears to have done little to diminish anger over the game’s earlier missions and Infinity Ward’s decision to lift real incidents of US military operations, then reimagine them as Russian massacres.

In one mission, the game’s characters reference a mass killing known as the “highway of death” where Russians bombed fleeing civilians.

That term is already well known from the Gulf War’s infamous “Highway of Death”. Late in the 1991 war, US warplanes pounded the head and tail of an enormous column of Iraqi military tanks and confiscated civilian vehicles fleeing from Kuwait back into Iraq.

The sorties lasted for hours, with images of burned out husks of vehicles and charred bodies seen around the world – except for the US initially, following widespread self-censorship of one particularly gruesome photo of a man burned through to his skeleton.

The targets were “basically just sitting ducks”, one squadron commander said. Then-Chairman of the Joint Chiefs of Staff General Colin Powell was concerned the mission appeared like “wanton killing” and the violence so one-sided that it was “un-American” to pile on.

The game also features a number of civilian executions and indiscriminate bombing of civilians reminiscent of Russian air campaigns in Syria that have killed many people.

US forces have killed scores of noncombatants on modern battlefields, such as the 2014 strike on a Doctors Without Borders hospital in Afghanistan that killed 30 people and numerous airstrikes in Iraq and Syria targeting the Islamic State.

Taylor Kurosaki, the game’s narrative director, defended the game’s twist on history, suggesting one of the most infamous moments of the late 20th century could be interpreted from elsewhere.

“I think you could probably find many instances of the words ‘highway of death’ being used in a lot of cases,” he told Gamespot.

Davydov suggested the game should be banned in Russia, and in a scorched earth tweetstorm, said he refused the payout of more than a million rubles, or more than US$15,700 (NZ$24,600).

“But having a conscience is worth more,” he said.​