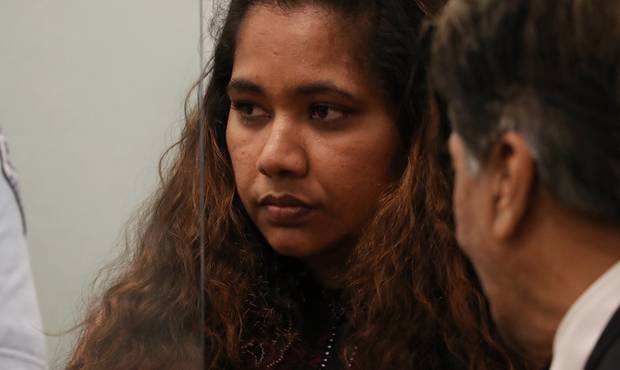 Updated: 8:18pm – One of New Zealand’s most sickening criminal cases, just the third conviction for slave trading in the country’s legal history, can now be revealed.

A mother of a teenage daughter has been jailed for six years and 11 months after keeping her daughter as a sex slave and selling her body to men some 1000 times over a two-year period.

She was sold as many as five times a day. The teen, who has permanent name suppression, escaped her horror in November 2016 and fled to police.

During the 18 months the teen was sold as a sex slave it is estimated her 36-year-old mother collected about $100,000, keeping half, court documents obtained by the Heraldshow.

It is the first case of its kind in New Zealand under a specific subsection of the Crimes Act, Crown prosecutor Natalie Walker told the court. She said the offending was without precedent and should be denounced in the most explicit terms.

The slave dealing conviction is also one of just three in New Zealand’s legal history, since the crime was written into the Crimes Act in 1961.

The teen, in her victim impact statement read to the court, said she now suffers from regular pain as a result of her trauma and has mental health issues.

“I have to make up lies about four years of my life and why I live on my own without my parents’ support. “I see men differently now, I think they always want something from me and that is why they are talking to me,” she said.

“I always wanted my mum to be a normal person … I wonder what I did to deserve my mum? All I wanted was your love as a child, teenager, and your girl.”

Justice Muir said Lata’s offending has caused “long-lasting, if not irreparable damage to her daughter” as she “effectively pimped her out”.

He imposed a minimum period of imprisonment of three years and five months. Lata told her daughter to begin work as a prostitute to help feed her family when just 14 years old, court documents read.

Despite refusing, the teen was sold for the first time on her 15th birthday.

Over the next year and a half the teen was kept as a prisoner inside a Papatoetoe home and sold as a sex slave to men an estimated 1000 times. The teen had moved to New Zealand from Fiji with her mother and brothers just a year before her horror began.

However, their visitor visas expired and they began living as illegal immigrants, court documents show.

The teen was unable to enrol in school without alerting immigration authorities and the family soon ran out of money to pay for food.

Because the now 18-year-old has no legal status in New Zealand, she said she was academically behind her peers as a result of not attending school.

To remedy their financial woes, Lata placed an advertisement on the website Craigslist which offered her daughter for sexual services.

Another ad was bought for the classified section of the New Zealand Herald. The mum lied about her daughter’s age in both ads.

As business increased, Lata arranged for an advertisement and photoshoot with the online escort agency New Zealand Girls.

Soon more men began to request the teen and her mother began taking her to motels around Auckland for as many as five “appointments” per day, each appointment costing up to $200 per hour.

The teen, who was forced to pay rent and bills with the money she earned from selling her body, discovered she was pregnant in mid-2015 but was told by her mum to keep working to pay for an abortion, which she later had.

Lata had herself been a prostitute and the court heard that this was the life she knew.

Sports News:- Broke Rupeni Caucaunibuca wants others to learn from his...