Home News The gunman was online with all his buddies to led Christchurch terror... 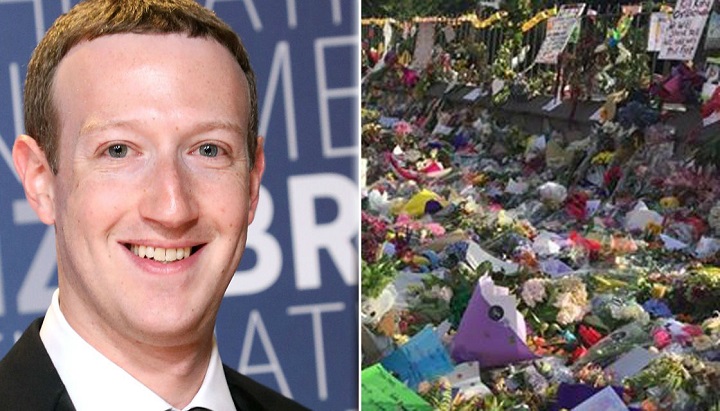 The links between white supremacy, a culture of online “predator-trolling” and the alleged Christchurch gunman are now being exposed.

“These are things we wouldn’t accept offline, so why do we accept them online?” she asks.

“If you are a white supremacist with these ideals, you can very very easily find other people and these predator-trolling cultures; these are groups that are essentially marginalised white men who feel very disaffected.

“They’re gathering in the cesspits of the internet – on Reddit, on 4chan, on 8chan – and they are encouraging this ideology.”

Following the attacks, which killed 50 people, Facebook CEO Mark Zuckerberg wrote an opinion piece for the Washington Post saying he believes “a more active role for governments and regulators” is needed.

“Lawmakers often tell me we have too much power over speech, and frankly I agree,” he wrote. “I’ve come to believe that we shouldn’t make so many important decisions about speech on our own.”

But Gorman says Zuckerberg has been “complicit” in allowing extremist content to flourish on his platform.

“He’s now wringing his hands and saying, ‘Oh, I want governments to step in and regulate’,” she says. “He’s essentially created a monster he can’t control.”

She told Plunket that the social media companies have a “case to answer” for making things worse.

“They’ve been whining about fixing cyber hate for a decade, and they’re not – they’re essentially rearranging the deckchairs while the Titanic sinks,” she says

And one of the most notorious cases of this is the alleged Christchurch gunman, who used Facebook, Twitter and 8chan to spread his ideology.

“He was online with all his buddies, they were egging him on in the lead-up to this tragedy,” Gorman says.

“All of his trolling buddies… they all knew beforehand.”

Featured image: “[The gunman] was online with all his buddies – they were egging him on… they all knew beforehand.

TECHNOLOGY NEWS:- New models of iPhone 11 may be releases in...