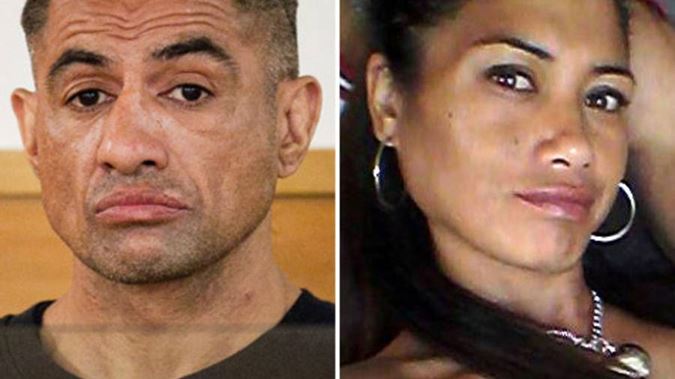 Updated: 5:55am – A toddler was found hidden under a blanket beside her dead mother by police responding to a 111 call.

The harrowing discovery of the 19-month-old girl was recalled by one of the officers giving evidence at the trial of Robert Roupere Hohua in the High Court at Tauranga.

Hohua has admitted killing his partner, Marie Rose Harlick, in November 2016 but denied a charge of murder.

Senior Constable David Robison, with 20 years’ experience in the police, was one of the first two officers to arrive at the Wellington St property in Opotiki.

He saw a man peering out the window, identified in court as Hohua, who then recoiled quickly when he saw the police uniforms.

Robison jumped over the fence and ran around to the back of house, firing a Taser when Hohua ignored a warning to stop.

Hohua was arrested but as he was taken to the patrol car, Robison said he asked if police could lock the front door as “no one” was in the address.

“I saw blood on his shorts, T-shirt … [Hohua] said he had a blood nose,” MacDonald told the court.

“I shone the torch on his face, there was no blood at all from his nostrils.”

On realising the blood did not belong to Hohua, MacDonald alerted Robison who ran into the house.

He noticed a pool of blood in the dining room area, then searched room to room calling out to anyone who might be home.

The door to a bedroom was closed, so Robison opened it. He saw Marie Harlick lying on her back on a mattress, which was on the floor.

She was covered up to her neck with a blanket, which Robison pulled back.

“There was a child lying next to her,” said the officer in a wavering voice. “The child looked up to me.”

He picked up the girl, Vivienne, who is the 19-month-old daughter of Harlick, and put her in a cot.

The court had previously heard the toddler had been strapped in her stroller during the fatal assault. Neighbours had also heard her crying.

Harlick had no pulse and her right eye was swollen shut with bruising, said Robison.

By this time another officer, Constable Kevin Gread, had arrived and started CPR while Robison grabbed a first aid kit from his patrol car.

The pair tried to resuscitate Harlick for “what seemed like forever”, but was no more than 10 minutes, until a St John ambulance officer arrived.

Mark McVey, the ambulance officer, attached a defibrillator to Harlick but there were no signs of life.

Earlier in the second day of the trial, the jury heard from a neighbour who heard a loud “bang” coming from the house.

Rosalie Hall went to check on Harlick, whom she had recently been spending some time with, and started to enter the Wellington St property.

The dog started barking and before she could unlock the front gate, Hall said Hohua came outside for what was an awkward conversation.

“He just seemed a bit scary to me … I don’t know how to explain it, I just didn’t feel comfortable, I felt a bit scared.”

She said the police arrived about 30 minutes later, following two 111 calls from a teenage witness who was at another neighbour’s house.

He and his friend both told the jury they heard “loud stomping noises” and Hohua yelling “get up before I kill you”.

Neither can be identified because of their ages.

A post-mortem examination revealed a long list of injuries inflicted during the assault including bruises, cuts and fractures to both sides of her jaw.

The fatal injury was a ruptured artery which led to significant internal bleeding.

Hohua accepts he is guilty of manslaughter, his lawyer Gene Tomlinson previously told the jury, but the Crown had to prove “murderous intent”.

“The real issue is did he know, consciously, what he was doing was likely to kill her? Your job is not to hold him to account. Your job is to decide what was in his mind.”

Ba holds Suva to a 2-all draw while Rewa defeats Tavua...

We rely on facts, figures from Govt says NFP leader and...