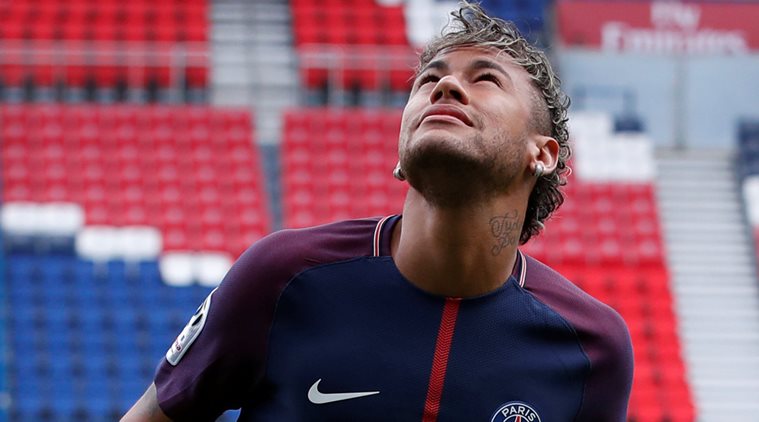 UPDATED: 6:12am – The report found that spending on player fees increased by 16 percent across the top five leagues in Europe, the fifth successive year of growth. Esteve Calzada said the rising transfer fees were not a sign that the game is in poor financial health.

The record-breaking fees paid during the recent transfer window are unlikely to fall in the near future and are sustainable for the modern game, agent and transfer market expert Esteve Calzada told Reuters on Monday.

The report found that spending on player fees increased by 16 percent across the top five leagues in Europe, the fifth successive year of growth.

While the highest profile and most expensive deal took Brazil forward Neymar from Barcelona to Paris St Germain for a world record fee of 222 million euros ($264 million), there was increased spending across the leagues.

But Calzada said that with the exception of PSG, who also signed France forward Kylian Mbappe on-loan from Monaco with an obligation to buy next year at 180 million euros, the money spent was within budgets and that even top clubs were now generating money through player sales.

“For the first time the growth is not only justified by television rights income but it also justified by the money the clubs have made from trading and selling players,” Calzada said.

“In the past, some sides would be well known for producing and then selling players but now we see that those transactions are being conducted by top teams.

“Every top team has been very active selling players as well as buying players. In the top 10 for acquisition rankings, we have seen five clubs who are also in the top 10 for sales. Normally it would be a completely different set of clubs. Now the money is flowing, I sell a player and invest the money in another player,” he said.

Serbian midfielder Nemanja Matic’s move from Chelsea to Manchester United and Alex Oxlade-Chamberlain’s switch from Arsenal to Liverpool are examples of big clubs selling to rivals.

The Spaniard said the rising transfer fees were not a sign that the game is in poor financial health.

“As long as the incomes from teams continues to grow we will continue to see the money spent on transfers and that growth can also come from player sales,” he said.

The only way transfer fees could start to fall would be if the game began to see revenues, particularly from broadcasters, fall.

“If all of a sudden we see television rights income going down, stagnating, that could be a problem, if audiences go down, broadcasters will pay less for the rights and then the clubs are making less money…then the prices will go down,” Calzada said.

“What has changed in the game is nothing can be spent that you cannot afford,” he said, noting that UEFA’s Financial Fair Play (FFP) rules should be a safeguard against club’s over-spending.

PSG’s dealings are to be investigated by UEFA to examine whether their buying spree broke FFP rules which ban clubs from spending more than their generated revenue, a policy introduced to prevent rich owners from trying to buy success and distorting the transfer market.

“I always thought that FFP was good for the game and good for the industry and this case is a test for this regulation,” Calzada said.

I am personally very curious to see (that) as I cannot see a way to do it which is not infringing FFP,” he added.

FIJI NEWS: – Fire extinguishers could be used as a weapon...