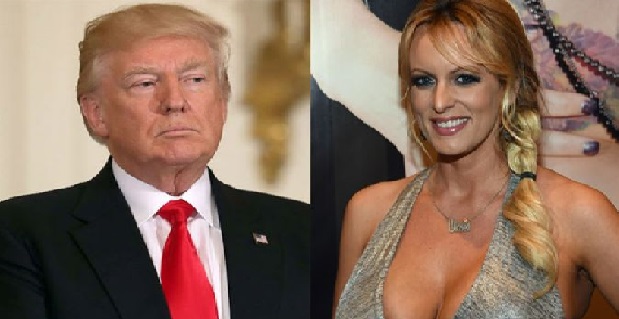 Trump met Stephanie Clifford, whose goes by the name Stormy Daniels in films, at a golf event in 2006 – a year after Trump’s marriage to his wife, Melania.

According to the Journal’s report, Clifford began talking with ABC News in the fall of 2016 for a story involving an alleged relationship with Trump, but reached a $US130,000 deal a month before the election, which prevented her from going public.

In a statement to the Journal, Cohen did not address his role in negotiating the supposed payment but said Trump denies any such relationship with Clifford. Clifford has previously denied an alleged relationship with Trump.

On Friday afternoon, the White House issued a statement calling the Journal’s story “old, recycled reports, which were published and strongly denied prior to the election.”

Cohen also accused the Journal of perpetuating “a false narrative for over a year.”

Just days before the 2016 election, the Journal published a story stating that the National Enquirer – run by David Pecker, a fervid supporter of Trump – had paid $US150,000 to silence former Playboy Playmate Karen McDougal about a sexual relationship she allegedly had with Trump a decade ago.

Featured image: Donald Trump met Stephanie Clifford, whose goes by the name Stormy Daniels in films, at a golf event in 2006 – a year after Trump’s marriage to his wife, Melania (Getty Images)