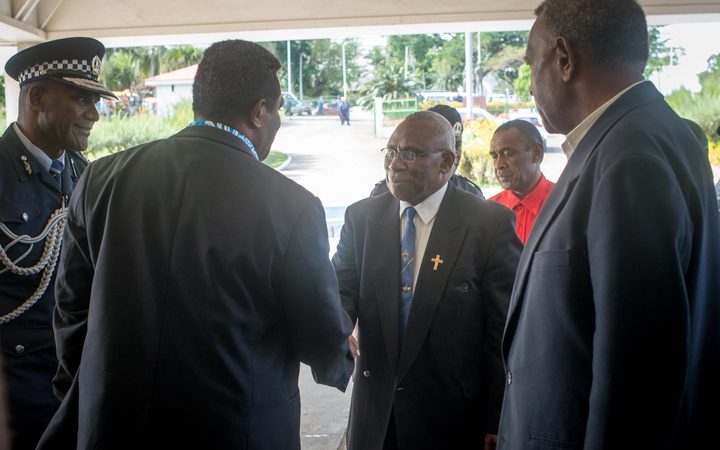 Mr Moses, who had been a Presbyterian pastor, was sworn in Thursday afternoon by Chief Justice Vincent Lunabek as Vanuatu’s ninth president.

He was one of 16 people put forward for the role, and emerged Thursday morning with the two-thirds support needed to become president.

His final tally was 39, with Maxim Carlot Korman in second place with 17.

The media director of the Vanuatu Daily Post Dan McGarry was at parliament Thursday morning for the vote.

He said Mr Moses was seen as one to uphold the last president’s legacy.

“And one of the considerations that was on everybody’s minds was whether the next president would be willing to issue pardons for those 14 former MPs who were convicted of corruption and bribery,” he said.

“And the fact that they elected a man of the church somebody very much cut from the same cloth as Baldwin Lonsdale seems to indicate that they have listened to the will of the people and decided that that is not necessarily going to be on the cards at the moment.”

IDC kicks off next Tuesday

The proposed police powers in the Draft Police Bill are inconsistent...