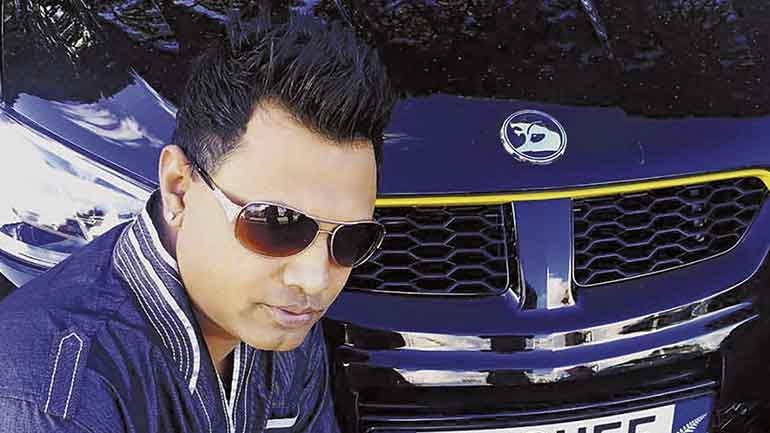 Public Personality – Vijay Varma
A very simple down to earth person, who loves simple things in life. Coming from a farming background in Rakiraki, attended Naria Bhartiya School and completed form 3 at Penang Sangam High School. Thereafter, he moved to Suva Muslim College to complete his secondary school education. Vijay
started his career in the media industry with Radio Navtarang in 1994 as a copywriter.
Always eager to do new things in life, he took on the opportunity and started radio broadcasting as a part-time broadcaster in a few months’ time. A new opportunity came in 1996, he took on the challenge as a journalist and started reporting and presenting news in English language on FM96.
A few months down the line there was an opportunity for a Hindi news reporter so he
switched to that. During his four years of journalism, Vijay covered several historical events in Fiji like PC121 Crash in Delailasakau. He was one of the few reporters who managed to reach the crash site. He also covered the historical 1999 general elections which was one by The People’s Coalition.
Following year Vijay also covered the civil coup executed by George Speight and his supporters. In fact, Vijay was the first Indo-Fijian journalist who went into the parliament complex while members of parliament were held captive. Later in 2000, he joined Daily Post with Tej Ram Prem to start their
weekly Hindi edition “Ramneek Jyoti”. After a few editions, there was another opportunity in broadcasting, and he joined 98FM as their host their drive show. The show gained
a lot of popularity and within a year, Vijay was back with Radio Navtarang as the host
of Tonight Show. In 2004, Communications Fiji Ltd decided to start another Hindi radio, Radio Sargam He then moved over and hosted the Drive and Breakfast shows over the years. In 2011 after the sudden demise of the Programs Director, Mr. Anirudh Diwakar, Vijay took charge of the radio station.
Finally, he left Radio Sargam in 2014 to join Humm FM in Auckland as the Programs Director. With a team of hardworking talented team members.

NATIONAL NEWS: Auckland bus disruption: What you need to know

What Manchester United looked like before Wayne Rooney? | NZ FIJI...