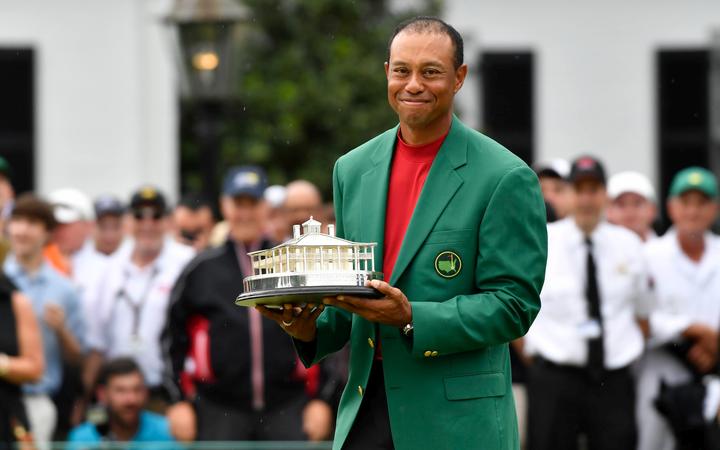 Tiger Woods wins the Masters for the fifth time to land his 15th major title and first since 2008.

Tiger Woods completed one of sport’s great all-time comebacks to end an 11-year major title drought at the Masters on Sunday by claiming a fifth green jacket.

Woods, who began the final round two shots back of overnight leader Francesco Molinari, carded a two-under-par 70 to finish one shot ahead of fellow Americans Dustin Johnson, Xander Schauffele and Brooks Koepka.

Woods showed he still had the game to compete with the world’s best when he triumphed in last year’s Tour Championship, his first victory of any kind since 2013.

This is the first time Woods has ever come from behind on the final day to win a major championship, leaving him three behind Jack Nicklaus’ record of 18 major titles. Overnight leader Francesco Molinari title charge collapsed with two double bogeys.

Featured image: Tiger Woods smiles as he walks off the seventh tee during the final round for the Masters golf tournament. Photo: Michael Madrid

The Samoa women’s rugby growing but still need help from their...