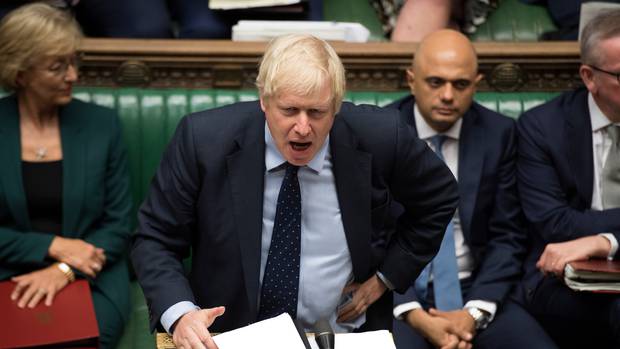 Boris Johnson lost his working majority in parliament after a member of his party crossed the floor of the House of Commons to join the Liberal Democrats right under his nose.

Phillip Lee defected to the pro-EU opposition on Tuesday, saying in a statement his former party, the Conservatives, was “aggressively pursuing a damaging Brexit in unprincipled ways”.

“It is putting lives and livelihoods at risk unnecessarily and it is wantonly endangering the integrity of the United Kingdom.”

“More widely, it is undermining our country’s economy, democracy and role in the world. It is using political manipulation, bullying and lies. And it is doing these things in a deliberate and considered way.”

Labour Party leader Jeremy Corbyn told parliament that Johnson’s was a government with “no mandate, no morals and, as of today, no majority”.

British lawmakers on Tuesday began a bid to stop Boris Johnson pursuing what they cast as a calamitous ‘no-deal’ Brexit, a challenge that a senior government source said would prompt the prime minister to press for a snap election on 14 October.

Featured Image- Boris Johnson’s Conservative government has had their majority of one wiped out during an explosive parliamentary session/news.com.au