Home News WORLD NEWS:- The attacker, who has not been named, was shot dead... 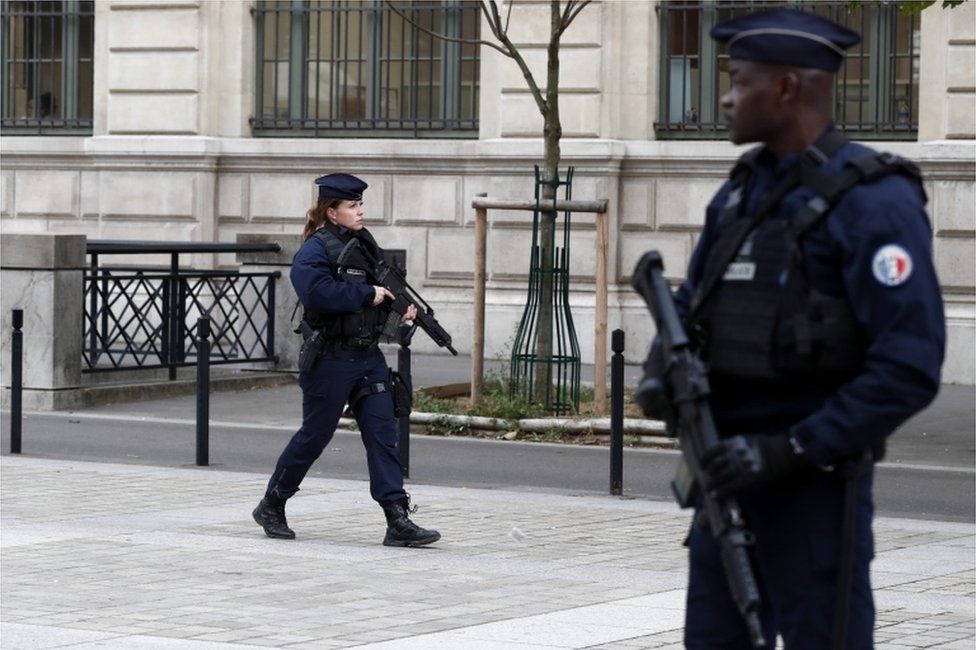 A man carrying a knife has killed four people at the police headquarters in Paris where he worked, according to French media. 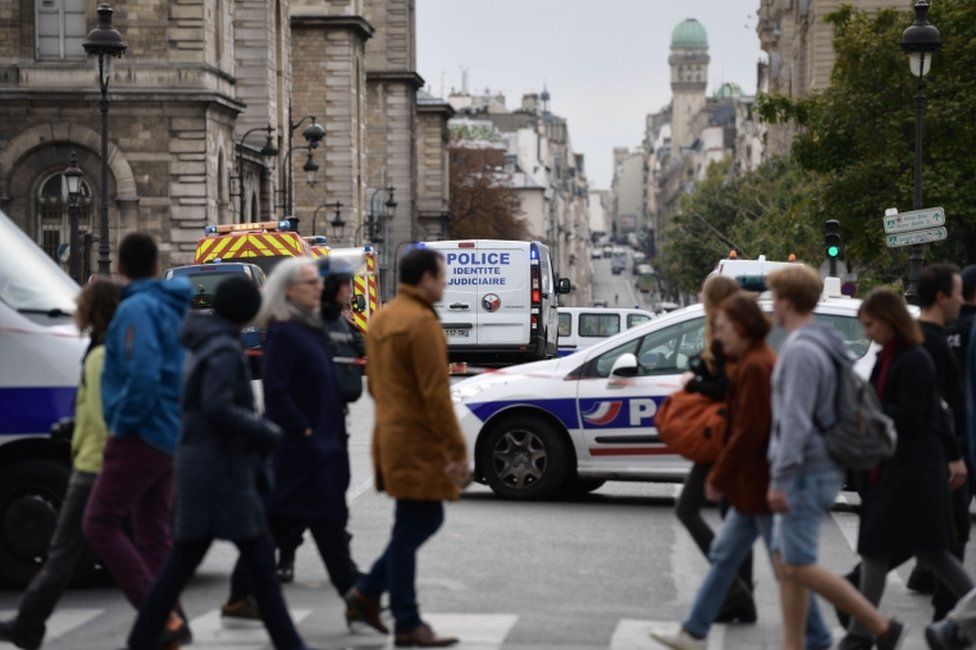 The attacker, who has not been named, was shot dead by police. There has been no official statement as yet.

Emergency services are at the scene and investigators have cordoned off the surrounding area in the île de la Cité.

The attack occurred a short distance away from the Notre-Dame cathedral and other major tourist landmarks. 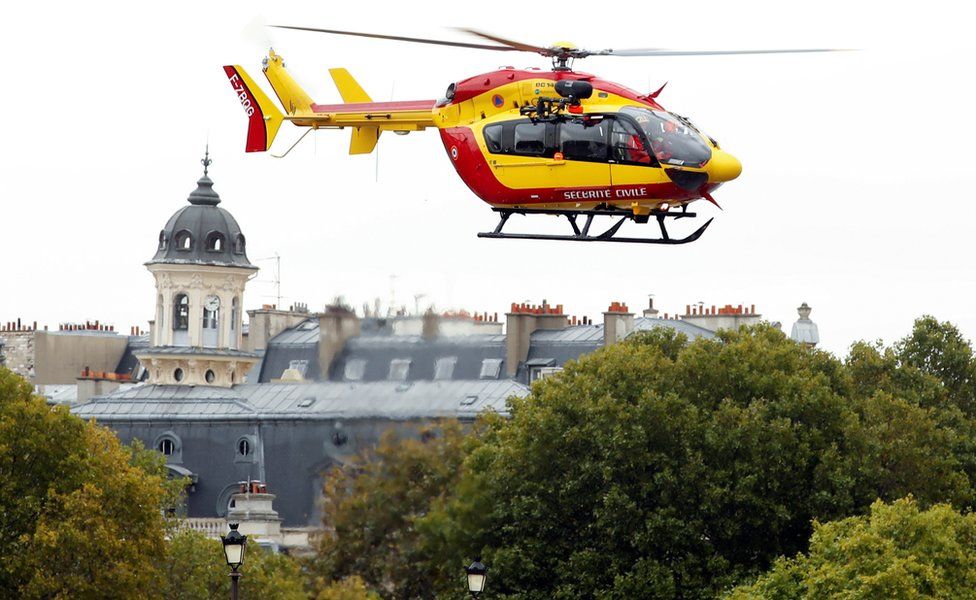 At about 13:00 local time (11:00 GMT; 12:00 BST), the attacker is said to have gone into the building and straight to his office where he began attacking colleagues with a knife.

He stabbed three people inside two offices and two women on a stairway, before he was shot dead by an officer inside the building’s courtyard, according to French media. 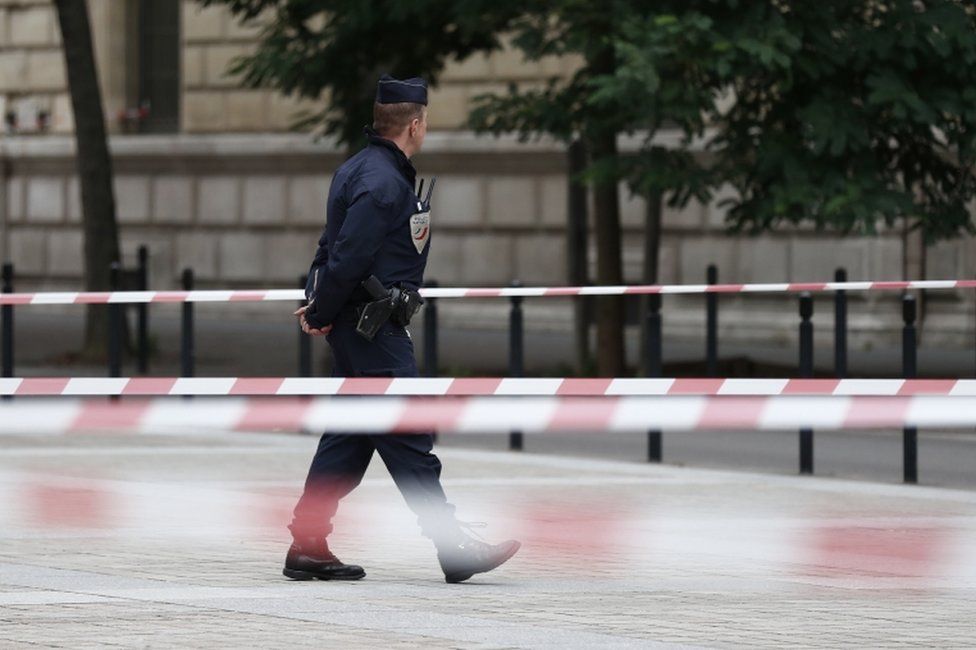 A fifth person was critically injured in the attack, and was sent for surgery. The building is near major tourist sites including the Notre-Dame cathedral.

“Police were running around in panic,” a witness who was inside the courtyard at the time of the attack told Le Parisien newspaper.

“I was surprised to hear shooting because this is not a place where you hear that kind of thing. I first thought it was a suicide because there are a lot of those at the moment,” he added. 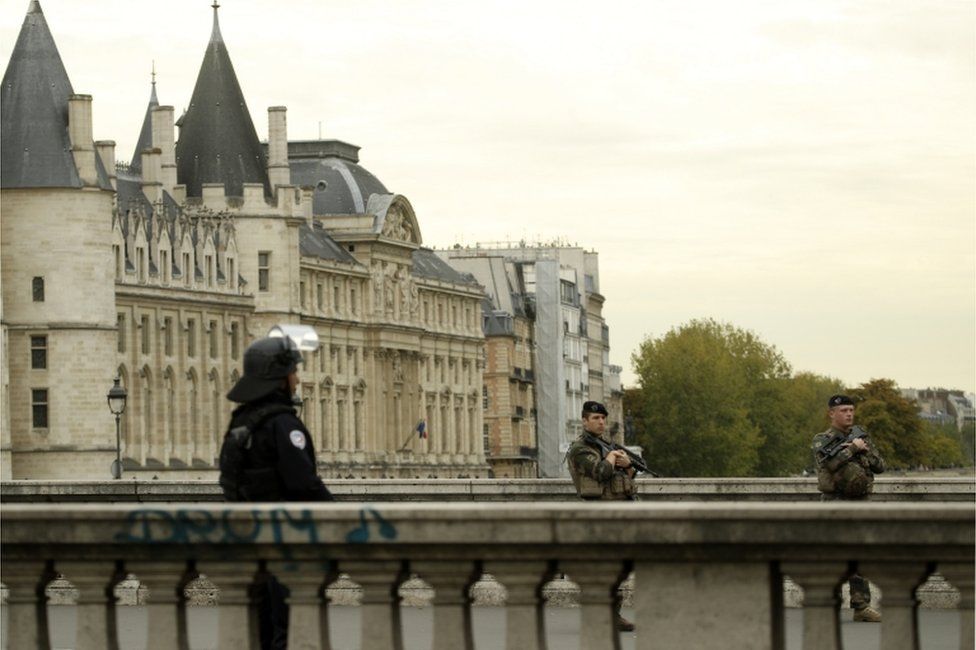 “You wait. One of these days there’s going to be a real tragedy in the police.”

Those words were said to the BBC by an officer attending Wednesday’s big demo in Paris, called to draw attention to the alarming rise in police suicides. He could have no idea that the next day four of his colleagues would be knifed to death by another colleague at the Paris Prefecture.

But the truth is we know nothing about the motives of the attacker. 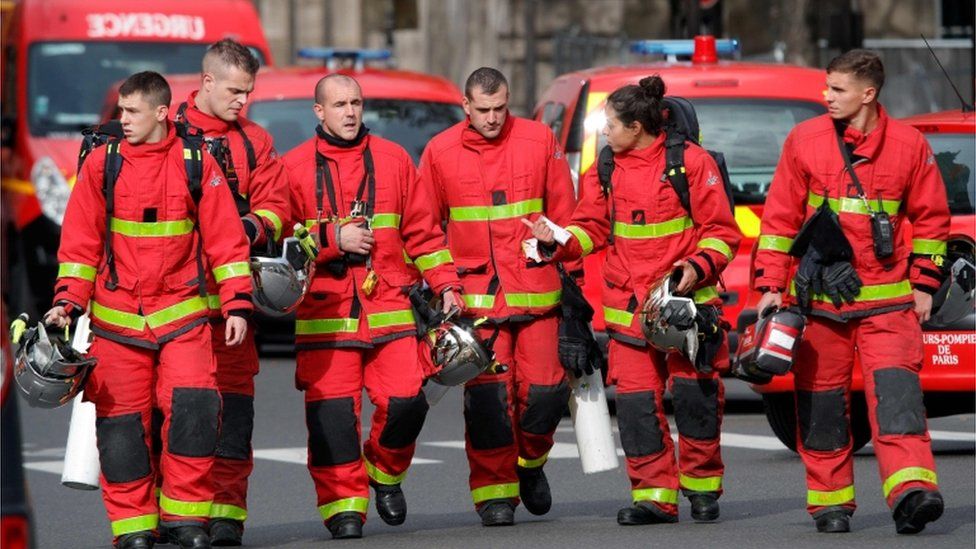 On the face of it he was an administrative worker, facing none of the day-to-day pressures of police officers on the street. One police union member said the killings could have happened anywhere – a factory, a hospital, a farm. The police link was coincidental. 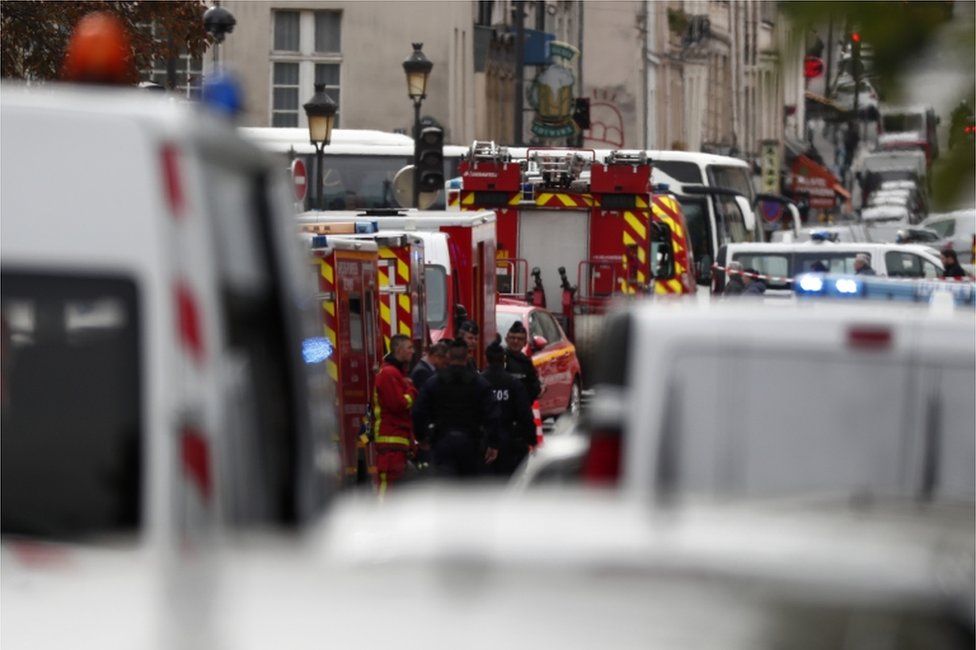 This evening reports are being carried by two reputable French news outlets that the man was a recent convert to Islam. Is that true? Is it relevant? We do need to wait.

Who was the attacker?

According to the interior minister, he was a 45-year-old IT specialist who had worked for the Paris police force for 16 years.

Officials said he had been working in the force’s intelligence division.

Mr Castaner said there had been no warning signs about the attacker, adding: “On the face of it, he looked a model employee.”

Police have searched his home in the north of the city and taken his wife into custody, although the Paris prosecutor’s office said she has not been charged.

There were tensions between the knifeman and his supervisor, according to police union official Christophe Crepin.

“I do not think this is a terrorist act,” Mr Crepin, who knew the attacker, told Franceinfo Radio.

Police union leader Jean-Marc Bailleul described it as a criminal act, telling BFMTV: “It was a moment of madness.”

The attack follows a rare nationwide police strike on Wednesday, which saw thousands of officers demonstrating in Paris over working hours, shortages in resources and controversial pension reforms.

Police unions say there have been more than 50 suicides by police officers since the start of the year.

They blame the rising numbers on difficult working conditions and increasing violence towards police.

The government should increase income support for those on low wages or not in paid work.

Fiji Women’s Rights Movement reveals that the age of the perpetrators and the victims are getting younger and younger.

The Soap Box: Anything possible with Winston holding cards | NZ...