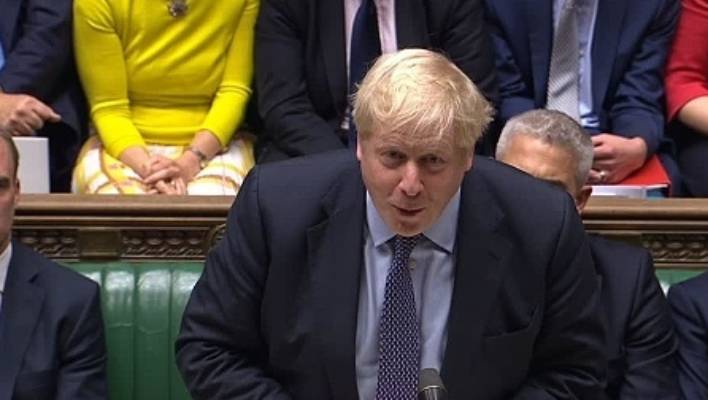 The speaker of Britain’s House of Commons has turned down the government’s bid for a new vote on its Brexit divorce deal, in a blow to Prime Minister Boris Johnson’s plan to take the country out of the European Union at the end of the month.

Speaker John Bercow said the vote the government wants was “in substance the same” as one held on Saturday and so breaches Parliament’s rules. He said it would be “repetitive and disorderly” to allow a new vote Monday.

Johnson struck a deal with the 27 other EU countries last week. But on Saturday, lawmakers voted to delay their backing for the agreement until the legislation needed to implement has been passed.

Johnson hopes to get the bill approved by Parliament before October 31, the date when Britain is due to leave the EU. But it’s unclear whether the government has either the votes or the time to meet the Brexit deadline.

Meanwhile, Scotland’s highest court said it could censure the British government if it tries to skirt its obligation to avoid a no-deal exit.

Britain’s Parliament passed a law compelling the government to seek a three-month delay to Brexit if an EU divorce deal was not in place by October 19, and to accept a delay if the EU offers.

The government said Johnson fulfilled that obligation by sending a letter on Saturday asking for the postponement. But Johnson also sent a second letter to the EU saying he personally opposed delaying Brexit any further.

Judges at the Court of Session in Edinburgh ruled Monday that the case should continue until the government’s obligations under the law have been complied with “in full.”

The European Commission said the fact that Johnson did not sign the letter has no impact on whether it is valid and that the European Union was considering the demand.

Commission spokeswoman Mina Andreeva said Monday that “President Tusk acknowledged receipt of the extension request on Saturday and, as he stated, he’s now consulting with the EU 27.”

No shortage of hands for English’s job