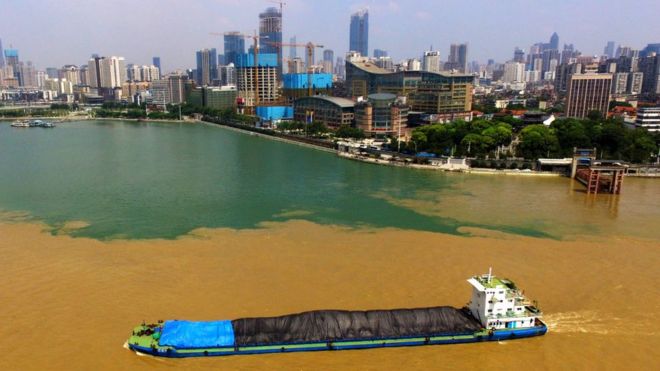 Wuhan may not be a well-known Chinese mega-city like Beijing or Shanghai.

But the place where the coronavirus outbreak emerged is, in fact, a crowded metropolis with connections to every part of the globe.

According to UN data from 2018, 8.9 million people live in the central Chinese city – making it slightly smaller than London, but much bigger than Washington DC.

One estimate makes it the 42nd biggest city in the world, and the seventh biggest in China.

And it’s the size – and economic clout – of Wuhan that explains why the virus has travelled quickly across Asia, and even to the US.

In short, the virus has spread so widely because lots of people visit Wuhan and take the virus home with them.

Wuhan international airport handled 20 million passengers in 2016, and offers direct flights to London, Paris, Dubai, and other cities around the world.

The city is built along the Yangtze river and, according to its website, it is a “foundation of in both hi-tech manufacturing and traditional manufacturing”.

It has a series of industrial zones, 52 “institutions of higher learning”, and claims more than 700,000 students – including, reportedly, the largest number of undergraduates in the country.

Some 230 of the world’s 500 biggest companies (as measured by the Fortune Global list) have invested there.

There is also notable investment from France – which had a foreign concession in Hankou, in today’s Wuhan, between 1886 and 1943. More than 100 French firms have invested in the city and Peugeot-Citroen has a Chinese joint-venture plant there.

Wuhan can also serve as a gateway to the Three Gorges – a tourist region and home to a huge hydroelectric dam.

So, although the coronavirus originated in a local seafood market, the flow of people in and out of Wuhan has ensured its spread.

The US patient, for example, had recently visited Wuhan, as had both Japanese patients. The Korean patient lived there. The case in Thailand is a Chinese tourist from Wuhan.

The huge flow of people in and out of Wuhan will only increase as Chinese New Year approaches, and millions of people return home to celebrate.

China’s National Health Commission said travellers should avoid Wuhan, and that Wuhan residents should not leave the city.

But Wuhan’s status as one of the biggest – and most connected – places in the world means international cases will almost certainly continue to emerge.

I have been rejected many times because of my looks: Nawazuddin...

Fight not over for many Christchurch property owners | NZ FIJI...