Home News A pod of pilot whales which was refloated from a remote beach... 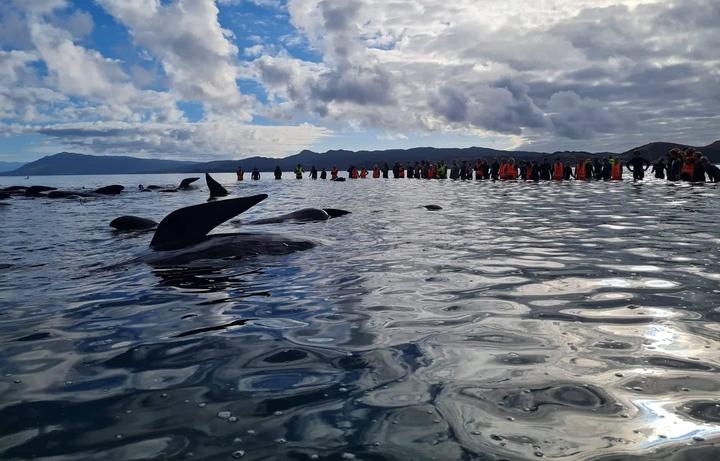 In excess of 40 since a long time ago finned pilot whales were refloated on Monday from the base of Farewell Spit in Golden Bay.

A number have passed on yet around 28 of the whales that got back to the sea shore are as yet alive.

DOC officers, Project Jonah marine warm blooded creature surgeons and different volunteers are attempting to refloat the whales at the elevated tide around 8am.

Officers and around 50 volunteers began looking for the whales on the coast from the start light on Tuesday and the case was found around 7am.

Goodbye Spit has been an incessant site of whale strandings.

The last mass pilot whale abandoning on Farewell Spit was in February 2017 when an expected 600-700 whales were stranded.

Around 250 passed on while the rest were refloated.

Labasa hosts Suva this evening at 7pm at the ANZ Stadium.