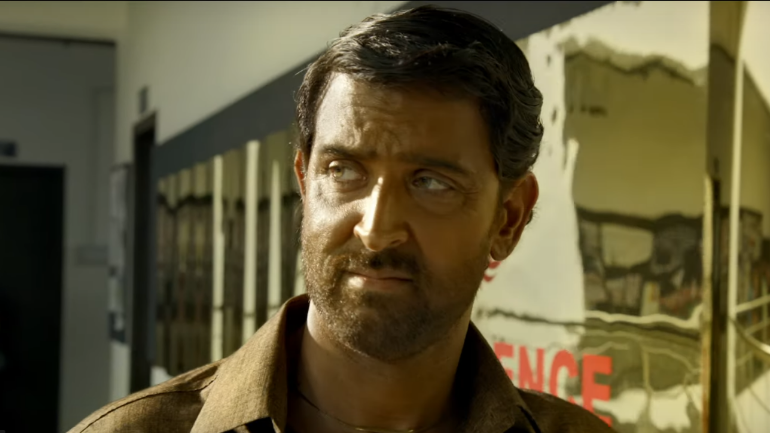 The trailer of Vikas Bahl’s Super 30, which marks Hrithik Roshan’s entry into the biopic genre, is out. The actor brings the story of Patna-based math genius and founder of the Super 30 educational program, Anand Kumar, alive on celluloid.

“Raja ka beta raja Nahi Banega. Raja woh hi banega, jo haqdaar hoga.” Hrithik’s character gives up a lucrative teaching job at a coaching center for privileged children and takes it upon himself to end the class disparity and ensure that deserving students get the chance to make it big.

Hrithik’s way of speaking is reminiscent of Amitabh Bachchan’s manner of speaking in Don. While the 45-year-old actor has undergone a dramatic physical transformation for Super 30, we wish he put in a little more effort into getting the Bihari accent right.

The film is based on the life of Anand Kumar, who started Super 30, an educational program where 30 meritorious students from impoverished backgrounds are chosen and trained to get into the prestigious Indian Institute of Technology (IIT). The program is famed for its success rate.

Super 30 was in a swirling vortex of controversy when its director Vikas Bahl was accused of sexual misconduct by an employee of Phantom Films. He was asked to step down as the director after the allegations but was recently reinstated after being cleared of all charges, following an internal inquiry by Reliance Entertainment.

“It is true that the ICC (Internal Complaints Committee) report exonerated Vikas. With ICC clearing Vikas Bahl’s name, we don’t have a choice but to reinstate his credit as Super 30 director,” Shibasish Sarkar, Group CEO of Reliance Entertainment, told IANS in a statement.

The number of people moving off the main unemployment benefit into...