Home Top News Baabaas get on the Bus 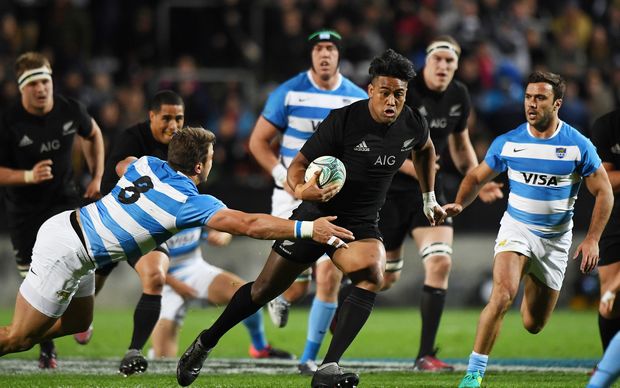 Updated: 6:45am – Out of favour wing Julian Savea is set to play against the All Blacks next month.

Capped 56 times for New Zealand and the scorer of 46 tries at test level, Savea has been named in the Barbarians squad to face the All Blacks in London on November 5 (NZ time).

The Wellington and Hurricanes player has also been selected for the Barbarians match the following week against Tonga.

Six other New Zealand players have also so far been chosen in the squad to square off against the All Blacks at Twickenham.

Savea was not required by the All Blacks in the Rugby Championship or Bledisloe Cup in recent months, with his last test appearance coming in the third test draw with the British and Irish Lions when Rieko Ioane fell ill.

The 27-year-old World Cup winner’s only other test this year came in the first match of the year against Samoa in June.

“We’re really happy with how he’s going but it’s a long term plan with Jules,” All Blacks coach Steve Hansen said after not including Savea as one of six outside backs for the end-of-year tour to the Northern Hemisphere.

“He and his wife are due to have a baby shortly so we want him to have a big off season.

“Those two things combined with us thinking ‘stick with the plan and let’s have us look at some other people’.”