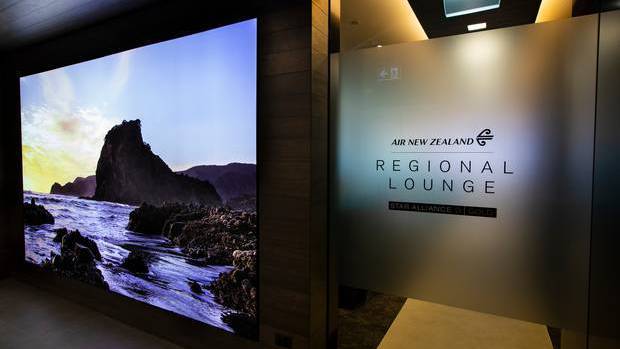 A spokeswoman for Air NZ said due to a processing delay with its liquor licence, it was currently unable to offer alcoholic beverages in the Auckland domestic lounge.

“We hope to have this sorted soon.”

The spokeswoman said in the meantime, customers were welcome to visit the Auckland regional lounge or enjoy its non-alcoholic options.

“We apologise for the inconvenience caused.”

The regional lounge which is three times bigger than the old one opened in mid-November and caters for 265 passengers.

It’s located on Level 1 of the Auckland Airport domestic terminal, above the airline’s old regional lounge, and has wide views out over the runway.

The new Auckland regional lounge is part of a $60 million investment in lounges throughout New Zealand during the next two years.

This includes a refurbishment of the airline’s domestic lounges at Auckland and Wellington airports and new regional lounges in Nelson and New Plymouth.

Lounges around the country have been under pressure as Koru membership grows and more passengers can access them through Airpoints balances.

The delay in the licence will be a blow to the airline which is now headed into one of the busiest travel periods of the year.

At the time of the opening Air New Zealand chief marketing and customer officer Mike Tod said it was fantastic to open such an expansive new space.

“Our regional lounge at Auckland Airport has always been extremely popular with both business and leisure travellers, so it’s great to be able to welcome customers to this brand-new space and have it up and running ahead of the busy summer travel period.”

Demand for regional lounge space at Air New Zealand is expected to grow as it adds hundreds more regional flights to its schedule at the start of next year following the withdrawal of Jetstar’s regional services.

This bureaucratic headache comes right before the busiest time of the year for the airport.

Auckland Airport is expected to hit the highest numbers at the international terminal in the two and a half weeks from December 19 to January 6.