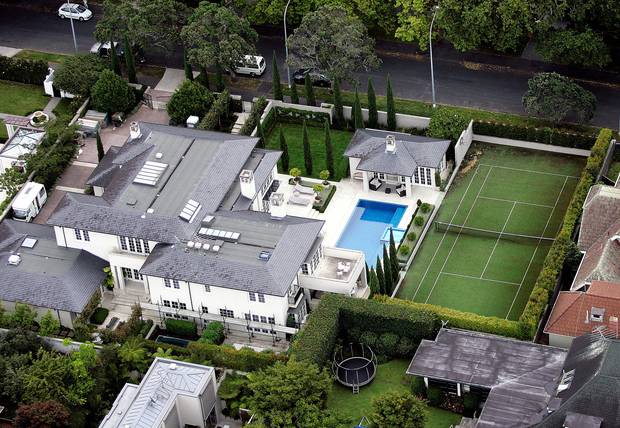 The Parnell home of ex-Prime Minister Sir John Key and wife Bronagh has finally gone through from $23.5 million, after a two-year settlement.

Owner status on the title to 103 St Stephens Ave has transferred from two men who were previously reported as acting for the Keys – Ian Andrew Nugent and Kenneth Grey Whitney – to Lianzhong Chen.

The house is listed on property records as having concrete walls, parking for five vehicles, roof in mixed material and being a superior residential dwelling.

In September 2017, the Weekend Herald announced the Key family had sold their St Stephens Ave mansion but were planning to keep a tennis court on the big site for future development.

That new house next door is now nearing completion.

Plans for the Keys’ new place were submitted by Whitney. Those revealed a new light-filled home on what is now the tennis court beside the family’s Parnell home.

It is three levels high with a swimming pool, subterranean garage, lift to give easy access throughout and an underground vehicle turntable, according to plans lodged with Auckland Council.

Property records show the Keys’ buyer, Lianzhong Chen, also owns a half-share in another property not far away – 474 Remuera Rd, near the Ascot Ave intersection. That modern two-level house is jointly owned with Ziyan Kang.

The most expensive New Zealand residential sale of 2017 was 19 O’Neills Ave at Takapuna, which the Herald reported as selling for $28.9m.

The number of people moving off the main unemployment benefit into...