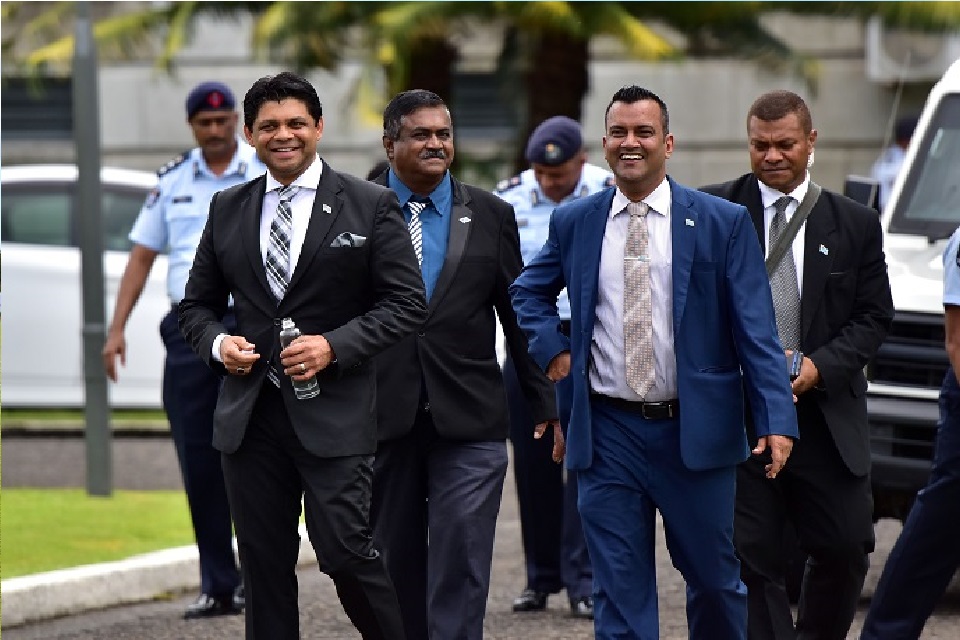 This was after their lawyer Filimoni Vosarogo informed the court that his instructions were that he takes the court’s leave and have the election petition withdrawn.

This was in the case of Mr Rabuka and Mr Prasad who had filed an election petition against the 2018 General Election results against 27 FijiFirst party parliamentarians, former FijiFirst MP Faiyaz Koya and the Supervisor of Elections.

According to Mr Vosarogo, the court’s ruling yesterday disallowing all but two petitioners’ witnesses meant that the petitioners would be without the benefit of their evidence. The withdrawal followed this ruling.

Justice Anjala Wati released a joint ruling with Judge Justice Kamal Kumar in which the court only allowed Asivorosi Rabuka and Emele Duituturaga to be called as witnesses and refused the other six. The court ordered the petitioners to pay costs to the respondents.

Justice Kumar ordered that for respondents one to 27 and 29, the petitioners jointly and severally pay a cost of $7500 within 14 days.

He said for the 28th respondent, who is the Supervisor of Elections, the petitioners pay a cost of $7000 within 14 days.

He said as for the Attorney-General and the Electoral Commission, they could bear their own costs as they had intervened in the proceedings.

Mr Vosarogo, who was representing Prof Prasad and Mr Rabuka with Jon Apted and Simione Valenitabua, had earlier confirmed to the court that they had received the answers to the petition and affidavits in reply from the respondents.

He said they would like to call oral evidence of eight witnesses and asked the court’s direction on whether they had permission to call them. He said that the petitioners’ position was as submitted on Monday.

On that day petitioners’ lawyers had submitted that the Electoral Act provide for witnesses to be called and did not require affidavit evidence only. Devanesh Sharma, who represented the 27 respondents, the Attorney-General and former FijiFirst MP Faiyaz Koya, opposed the application made by Mr Vosarogo.

Mr Sharma said a large part of the evidence was from candidates.

He also questioned why the candidates didn’t file a petition themselves.

He said everything had been covered in the answers and affidavits that the respondents had filed and that there shouldn’t be any further affidavits or evidence filed.

Justice Kumar then told Mr Sharma that under the Electoral Act they work differently from the High Court as this was the Court of Disputed Returns.

He said they would look at which witnesses they would allow, adding that if the court felt that evidence was required then it had to relate to the particulars in the petition.

Solicitor-General Sharvada Sharma, who appeared on behalf of the Supervisor of Elections, highlighted that the court had 11 days to decide on the matter and give a ruling on three petitions.

He said the court could cross examine Mr Rabuka and Mr Prasad, but they opposed oral evidence.

The Solicitor-General said the Supervisor of Elections had responded to every fact and had brought documents to respond to the allegations.

He said the allegations were of illegal practice and criminal breaches.

Nilesh Prasad, who represented the Electoral Commission, said the application to call oral evidence must be declined.

He said the floodgate of hearing oral evidence must be closed as the other petitioners in the two other election petitions before the Court may make similar applications.

All Whites World Cup dream over

Three news players have been offered White Ferns contracts for the...