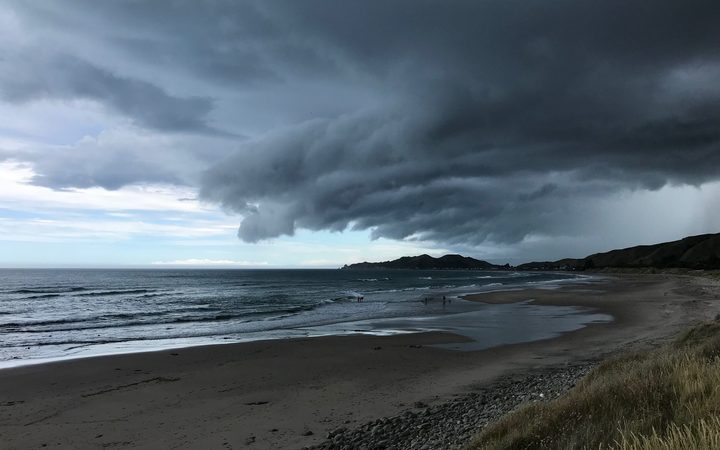 Updated: 6:30am – East Coast residents were preparing for heavy rain overnight as Cyclone Hola passes over the northeast of the country.

Farmers in the Gisborne region have been urged to move stock away from rivers and some small businesses have been issued with sandbags.

However, Metservice meteorologist Hordur Thordarson expected the worst of the storm to have moved out to sea by today.

“We’ve still got the … remnants of this cyclone that’s expanding south from about Coromandel down through Waikato and on to the central plateau of the North Island, and it’s also affecting Gisborne, but the rain should be gradually clearing from the west.”

Bill Martin, who runs the Te Araroa Holiday Park at Hicks Bay, had a generator and supplies ready. The forecast indicated the heaviest rainfall would be between 1am and 4am, he said.

There had not been any heavy downpours yet and he could not see Hola being a big problem unless it rained heavily.

Previous storms had left his house knee-deep in water but this time round did not appear that bad, he said.

Mr Martin has lived on the East Cape since the early 2000s and said, in his experience, there needed to be persistent rain for 15 to 20 hours before there was any serious flood risk.

At 9pm on Monday, Metservice still had a heavy rain warning in place for Great Barrier Island, Coromandel Peninsula and Gisborne.

A heavy rain warning for Northland had been lifted.

Singh tells members that strike will be legal if they all...

Climate Vulnerability Assessment states that Fiji needs $9.8 billion for its...