Home News Felix Anthony is a big joke and a B grade actor –... 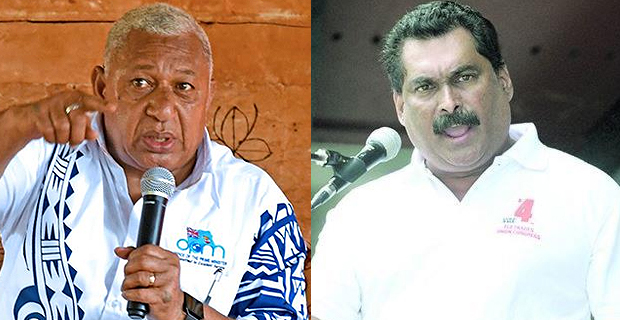 Share
Facebook
Twitter
WhatsApp
Linkedin
Viber
Email
Updated: 6:51am – Prime Minister Voreqe Bainimarama says Fiji Trades Union Congress National Secretary Felix Anthony is a big joke and a B grade actor after Anthony said in a statement that they will take things further from the ATS strike by organizing a national strike to shut the country down.

Bainimarama says that as Prime Minister, he has already tried his best by asking the ATS workers who walked off their workstations during working hours to sign the Return to Work letters and go back to work.

The Prime Minister says everyone knows that the strike is illegal as the workers walked off their jobs.

He says unfortunately the workers are still listening to some unionists and politicians.

Anthony says that they will continue to support the ATS workers picketing outside the ATS premises and they will take things further by shutting the country down.

He says their affiliated unions are now preparing for another march in Suva, and then a national strike.

An accountant who thought he was treated rudely by Inland Revenue stopped paying his income tax and GST for six years.

Food delivery service Menulog will have its own drivers

Fj Sports: Gamel to work with what he has

A soldier based at Linton in Palmerston North has been charged...