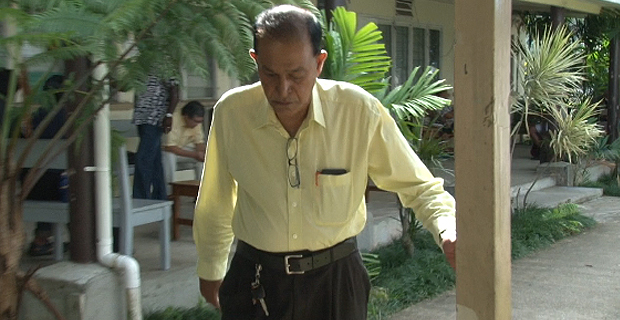 Bhika’s lawyer made representations for his client in court today where he revealed that FICAC will discontinue the proceeding against Bhika and file a Nolle Prosequi. FICAC will then file the amended information and seek a short adjournment date.

Vasu has been charged with one count of abuse of office.

It is alleged that while being employed as a Fiji Corrections Commissioner and as a Director of Naboro Mart Limited, Vasu did arbitrary acts for the purpose of gain namely facilitating and approving the purchasing of goods to the amount of $131,683 from Naboro Mart Limited contrary to the Procurement Regulations 2010, the Financial Management Act 2004, the Finance Manual of the Fiji Corrections Service which were acts prejudicial to the rights of the Fijian government, the Fiji Corrections Service and the approved government contractors.

It is alleged that this occurred between 11th July 2013 and 27th December 2014. Peniasi Kunatuba has also been charged with one count of abuse of office.

It is alleged that between 31st January 2013 and 7th March 2014, Kunatuba approved the purchase of goods to the amount of $54,734 from Naboro Mart Limited contrary to the Procurement Regulations 2010.

Dhansukh Lal Bhika is charged with one count of aiding and abetting abuse of office and one count of obtaining a financial advantage.

It alleged that Bhika aided and abetted Ifereimi Vasu between 11th July 2013 and 27th December 2014 while being the Manager of Naboro Mart Limited.

Bhika was allegedly engaged in a conduct namely supplying goods to the Fiji Corrections Service despite not being an approved supplier or a contractor to the government and as a result of that conduct obtained a financial advantage amounting to $186,417 for Naboro Mart Limited, knowing that Naboro Mart was not eligible to receive the financial advantage.

Bhika and Kunatuba were earlier charged, convicted and sentenced in relation to the 2001 Agriculture Ministry scam. High Court Judge, Justice Riyaz Hamza has adjourned the matter to 30th August for mention.

Bail is extended for the accused persons.

Rusiate Tudravu has reminded Police Superintendents to lead by example.

All uphill for the Wallabies in Dunedin | NZ FIJI TIMES