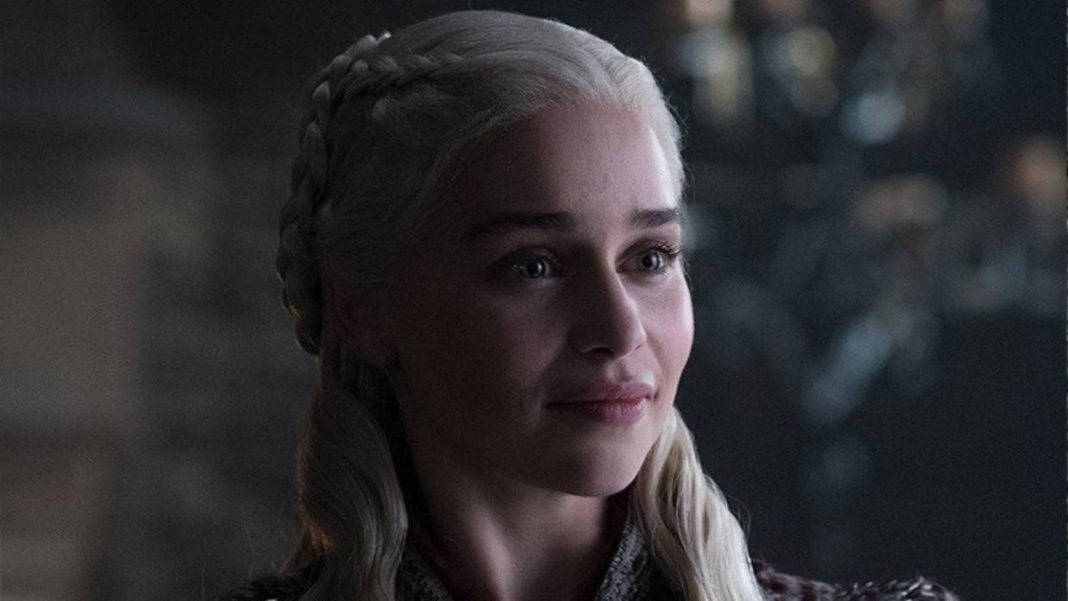 It’s hard to remember now, on the eve of the HBO series’ highly anticipated eighth and final season arriving April 14, but it wasn’t always this big a deal.

When the fantasy series debuted, it wasn’t the buzziest show of the year. It didn’t win best drama at the Emmys. It didn’t prompt a thousand think pieces. Its budget didn’t rival those of Marvel films. It had good reviews – garnering an 80 per cent score on the Metacritic aggregation site – and good ratings, averaging 2.2 million viewers for the premiere episode. But it didn’t have all glowing reviews, or amazing ratings. It was, all in all, just fine.

How did we get from a modest first season, in which events too expensive to film happened offscreen, to a world in which Thrones became one of the biggest pop-culture events of the decade?

Over the past eight years, the sword and sorcery epic about warring kings and frozen undead monsters conquered television. Its slow rise to dominance was unique, helped by plot twists, bloody character deaths, controversy and awards. It did so in the same manner its surviving characters have conquered (or tried to conquer) the fictional realm of Westeros: With violence, surprise, luck and mistakes.

Watching the first few episodes again today is shocking for the lower quality of its special effects, the endless exposition and plodding storylines. It didn’t earn its reputation for great action, magic and ruthless violence right away. By the middle of that first 10-episode season, the series came into its own creatively, just in time for the writers to pull off the first big twist of George RR Martin’s novels.

The idea that any character could die at any time was what made Thrones stand out, and the first victim was de facto protagonist Ned Stark, played by the series’ biggest star, Sean Bean, who was beheaded in the ninth episode, surprising viewers who hadn’t read the books. But the real moment Thrones transitioned from a show loved by fantasy fans to one that enthralled a broad audience was the infamous Red Wedding.

It was a massive event, a turning point in the show that helped establish the series’ creative sensibility. It was an effective scene not simply because it was violent and astonishing; it was also a grotesquely, beautifully written, acted and directed sequence.

If you are unfamiliar with those fateful minutes at the end of the third-season episode, they depicted the murders of Robb and Catelyn Stark (Richard Madden and Michelle Fairley) and Robb’s pregnant wife Talisa (Oona Chaplin), the result of a betrayal by characters we thought we knew. The violence in the sequence, in which Talisa was stabbed repeatedly in her pregnant belly and Catelyn’s throat was sliced ear to ear, was horrific. It tipped the scales in the throne game toward the Lannisters and left the Starks, who should be the victors given their general goodness, with no leader or army.

After the Red Wedding, deaths, blood and shocks became routine. The evil King Joffrey (Jack Gleeson) died at his own wedding in Season 4. Oberyn Martell (Pedro Pascal) was killed in the series’ most graphic sequence, involving head-crushing, that same year. In Season 6, Cersei (Lena Headey) blew up a temple full of her enemies – and hundreds of innocent bystanders.

But it wasn’t death and destruction that propelled Thrones. Starting in Season 4, critics and fans began complaining about the series’ use of violence against women, including rape scenes that were not in Martin’s novels.

Sex, nudity and sexual violence had been a part of Thrones from its very first episode, but two sequences drew criticism: Jaime Lannister (Nikolaj Coster-Waldau) raping his sister Cersei in Season 4 and Ramsay Bolton (Iwan Rheon) raping Sansa (Sophie Turner) in Season 5. After the Sansa scene, some fans declared that they were done with the series forever.

But in some ways, the controversy around the sexual violence only served to heighten the awareness and interest in the series, as controversy often does. But fortunately, the series has shifted gears, deepening its female characters and cutting back on those criticised rape scenes.

By the time it entered its sixth season in 2016, Thrones had become a true phenomenon.

When you think about the biggest TV shows of the past, you can usually remember a moment when they crystallised into a hit. Survivor blasted out of the gate with huge ratings. Breaking Bad won the “Netflix effect,” as TV ratings soared once early seasons appeared on the streaming service. Grey’s Anatomy, well, blew up when it put a bomb in a body after the Super Bowl.

Thrones has had its big moment over and over again, enjoying exceptional growth at a time when TV viewership is declining almost everywhere else. The confluence of events that led to its small-screen dominance may never happen again. When it ends May 19, can any new series claim its throne?