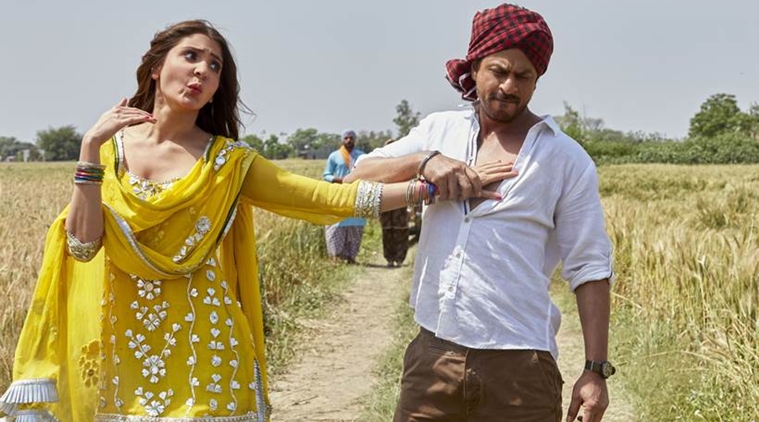 UPDATED: 11:13am – Jab Harry Met Sejal box office collection day 2: Shah Rukh Khan and Anushka Sharma’s film has become one of the biggest openers of 2017 with a collection of Rs 15.25 on the opening day. The film is expected to make more money during the long weekend.

Shah Rukh Khan and Anushka Sharma’s much-awaited film Jab Harry Met Sejal, released in theaters on August 4. According to Bollywood trade analyst Taran Adarsh, it is one of the biggest openers of 2017 along with popular films like SS Rajamouli’s Baahubali:

The Conclusion, Salman Khan’s Tubelight, Shah Rukh Khan’s earlier release Raees and Akshay Kumar’s Jolly LLB 2. The film had an opening of Rs 15.25 crores, which is lesser than the opening day collection made by Raees ( Rs 20.42 crore). However, it is expected to earn more in the coming days.

The film also released amidst the holiday of Rakshabandhan, which falls on Monday. Hence along with the advantage of having holidays on the weekend, the film might also show an upward trend on Monday.

Jab Harry Met Sejal has not opened to great reviews, however, viewers have had mixed reactions to the film. An indianexpress.com audience reaction report said that most people enjoyed the first half of the film but couldn’t enjoy the second half of it.

The film had marked Shah Rukh Khan and Anushka Sharma’s first collaboration with director Imtiaz Ali who is known for telling unique love stories where the journey plays a major role.

Jab Harry Met Sejal also marks Anushka Sharma’s second film this year after Phillauri which was produced by her. The film had done decently at the box office.

Jab Harry Met Sejal also saw Shah Rukh Khan playing the romantic hero once again. Throughout 2016, we had seen him as a psychologist, a VFX-ed 19-year-old Delhi boy and earlier in 2017 as a gangster.

Many still trapped as storm Fehi continued to wreak havoc.