Home News Middlemore repair could be stressful for patients – union 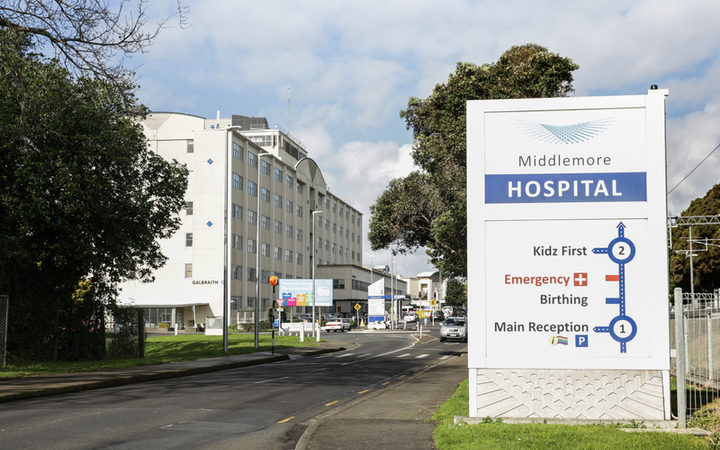 Updated: 7:39am – Repairing a Middlemore Hospital building while patients remain inside will be very stressful for patients and staff, a junior doctors’ union warns.

The Counties Manukau District Health Board has said it would not close the mould-riddled Scott Building, which houses 11 wards and a coronary care unit, while it replaces cladding and frames.

But the Resident Doctors Association secretary Deborah Powell said the disruption would be hard on everyone.

“You’re talking about all those workmen coming…one would assume they’ll have to use the corridors. Materials will have to be brought in – and tools. There’ll be dust, there’ll be dirt, there’ll be noise,” Dr Powell said.

And staff would probably have to work in makeshift situations as the work made its way around the building.

That could be risky for patients, she said.

“You can imagine that in a hospital when, for instance…someone’s heart stops beating, staff leap into action. They need to know exactly where everything is and being in a familiar environment is very helpful in that respect.”

It would make more sense to have a new building, move all the services into that one, and then demolish the old one, Dr Powell said.

Meanwhile, the DHB has moved to reassure staff after publicity about sewage leaking into the walls in the Scott Building.

Sewage was found in the walls of the Scott Building in 2014 and chief executive Gloria Johnson said two weeks ago that the leaks might still be happening.

In a briefing to its staff this week, the DHB said the occasional plumbing leak was not unusual in any building.

It said the Scott Building’s pipes were more vulnerable to breaking because they are made of PVC, unlike the hospital’s other sewerage systems.

It details leaks late last year – one in a ward and one in the retail area – but said they were immediately repaired and did not negatively impact on staff or patients.

And it asked staff to report any leaks immediately.

FIJI NEWS:- Hundreds gathered to pay their last respects to the...