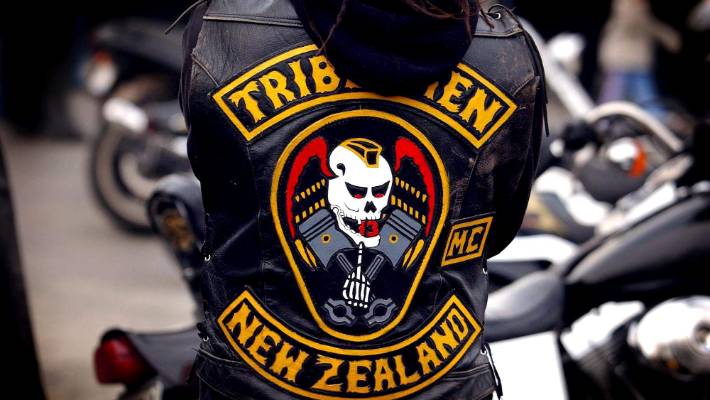 A new breed of flashy and social media savvy gang kingpins may be targeted with increased police powers. Gang members who wear suits, not patches, are capitalizing on the ballooning meth market, putting hundreds of millions in their back pockets and adding recruits to their ranks.

The expensive cars, lavish properties and inexplicable wealth has drawn the ire of Police Minister Stuart Nash, who now says he is considering new police powers to go after gang leaders. “In the past, a stereotypical gang member wore a slightly ill-fitting gang patch, looked unshaven and in the need of a shower – that is not the modern game,” he said.

Nash said police were sending a powerful message to the increasingly sophisticated gang members, through seizures of more than $100 million in cash and assets: “Crime does not pay and they will not profit from their offending.”

He is currently considering new police powers, through a review of the Crimes Act and proceeds of crime laws, that will go after gang hierarchy. Nash will also bring a paper on Firearm Prohibition Orders (FPOs) to Cabinet before the end of the month, which aims to keep guns out of the hands of gangs. He initially rejected a request from National to include this in the new gun laws.

The police knew who the mobsters were, but it was harder to snare leaders because they covered themselves very cleverly, Nash said. Gangs still had foot soldiers but the top level was now predominantly men, running very sophisticated criminal operations, he said.

Thirty years ago police went undercover to understand what gangs were doing. Then, technology meant police could listen in to phone calls and intercept messages. However, gangs were now using such cutting edge technology that police have had to become more sophisticated in the way they dealt with them.

A large part of the growth in the methamphetamine trade and gang recruitment could be traced to criminals deported from Australia, Nash said. They had transnational connections to organized crime networks and brought a level of professional organization that had never been seen before.

The huge profits from meth was driving gang recruitment, as they sought to be a part of the distribution networks, he said. It had resulted in a level of collaboration that had never been seen in New Zealand gangs before.

“This is a high level of organization and sophistication. This isn’t being run by a bunch of yobbos who get drunk, treat their women poorly and engage in antisocial behavior – that used to be the way in the majority of gangs.” He did not buy into PR stunts such as a patched women’s chapter or the Mongrel Mob guarding mosques.

“Organised crime is a real problem. It’s also why we’re looking at all our overseas bases and if we need to locate police officers in more countries around the world – to better understand what is going on in terms of global flows of drugs,” Nash said.

Police have been tasked with recruiting 700 officers specifically focused on crime prevention and organised crime, of the 1800 additional boots on the ground promised for the end of 2020 by the Government. But the target is unlikely to be met, as new figures from the Police Association show there have been 747 staff added to the police muster in two years.

Nash now insists 1800 was never a target, but an aspiration. Police were taking a two-pronged approach to battle organized crime by reducing both the demand for and supply of drugs and working to help drug users break their addiction, he said.

Police national organized crime, national manager, Detective Superintendent Greg Williams said there was a raft of people supporting Illicit criminal business enterprises. There was a clear indicator that the increase in gang members was related to competition in the burgeoning meth market and the impact of the Australian gang members coming to New Zealand, he said.

“We are seeing gangs doing a lot of marketing through social media. There is also a lot of bling, and well-dressed people that is attracting young males into thinking this is an amazing life.”

Higher up, a lot of cash is being generated, so consequently, police were seeing enablers sitting within professional networks assisting gangs to move and move and hide their money, he said. This had been a real focus for police, so lawyers, accountants, real estate agents, and high-value dealers have come on to the police reporting regime.

Featured Image:- Despite police efforts to up the ante on tackling gang-related crime, patched membership has increased. Photo/stuff

Fiji National Provident Fund has paid out $109m for all the COVID-19 assistance so far.

An axe attack on Parliament this morning.

FIJI NEWS: 13 students who own mobile phones have been encouraged...

NATIONAL NEWS:- New Zealand should be a ‘principled voice’ as US-Iran...