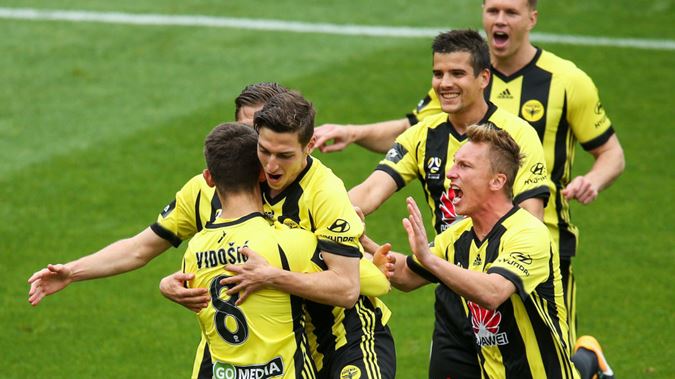 Updated: 8:26am – For the first time this season, Wellington Phoenix coach Darije Kalezic will have the luxury of a fully-fit squad to choose from for Saturday’s game against Central Coast Mariners.

Wellington have yet to field the same back four for consecutive games, injury and international duty resulting in a different defensive line-up for each of their six games to date.

With last week’s game away to Sydney Wanderers postponed due to pitch problems, Wellington will tackle the Mariners rested and rejuvenated.

Andrew Durante and Michael McGlinchey are back from their All Whites stint, while experienced Italian centreback Marco Rossi and right back Scott Galloway have both recovered from niggling injuries.

Wellington’s first win of the season came two weeks ago, an impressive 5-2 victory over Perth Glory, and Kalezic is hopeful the Phoenix can use that as a launching pad for the rest of the season.

He was pleased not only with Wellington’s passing game against Perth, but also with the way they used possession.

“I was very happy with how effective we were in this game,” Kalezic said.

“It’s not only passing and having ball possession, you have to be effective with those things.”

The Mariners, ninth on the ladder to Wellington’s 10th, will be boosted by the return of skipper Alan Baro from suspension, and may also have striker Blake Powell back to full fitness for the first time this season.

Powell spent a fruitful season at Wellington two years ago, scoring eight goals in 23 games before returning to Sydney.

And while Central Coast sit ninth on the ladder with only one win, it was an impressive 2-0 win over defending champions Sydney FC two weeks ago.

And although Central Coast often start slowly, Kalezic says they have made changes to their structure in their last two games.

“They are more in balance now, they think more about defending also. They try to play high from their own goal, and they try also to put pressure on the opponents’ half.

“It’s a squad that if we leave them to play, they can be really, really dangerous.”

WORLD NEWS: Coronavirus capital by capital: How are Europeans coping with...

Restoration of essential services like water and power, prevention of diseases...