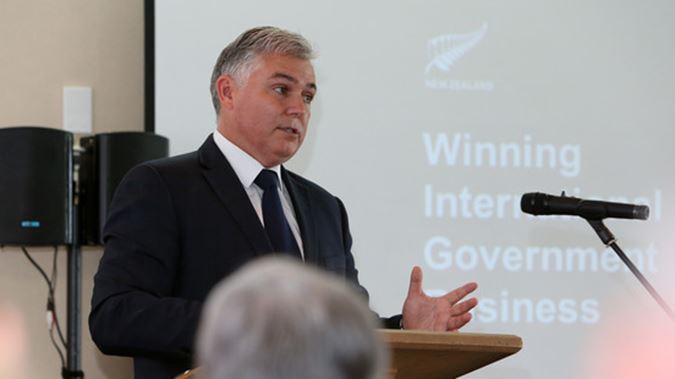 The Overseas Investment Office and its responsible minister Mark Mitchell are facing criticism from the opposition over the way New Zealand land is being sold to foreigners.

OIO figures show 466,000 hectares of land were sold to offshore buyers in 2016 – five times more than the previous year. However Land Information Minister Mark Mitchell rejected the idea there was a “big buy-up” of Kiwi territory and ruled out a register to keep track of sales.

Mitchell also said the Office can clearly demonstrate and reproduce the applications for land it’s dealt with, but this has been contested by New Zealand First leader Winston Peters, who is pushing for a land register.

“The [OIO] has, information released to us and other parties as well, confirmed that they don’t have that information,” Peters said.

“The [OIO] has also confirmed, when challenged as to why they didn’t monitor a number of actions, a number of transactions, gave as their excuse that they were understaffed.”

“These are assurances that aren’t worth the air they pass on.”

Labour Party Leader Andrew Little said he has no confidence at all that the OIO is doing the work Mitchell says they are,

based on investigations done by Labour MP Stuart Nash.

“There is very little scrutiny or oversight of the conditions that are agreed to, or that are offered by the overseas purchasers when they buy land,” Little said. “Very few of those commitments seem to be followed through on.”

Green Party co-leader James Shaw, on the other hand, alleged that dirty money is being laundered through New Zealand due to open attitudes towards offshore buyers.

Shaw said part of the inflow of capital into New Zealand has been from countries where corruption is a problem.

“You can easily see that there are people who are looking for places to put their money,” Shaw alleged. “Property, especially when you don’t have a proper capital gains tax on it, is a very easy place for that to go hide.”

Data released last year showed that of the 53,991 sold in three months to November 2016, 1431 residential properties brought by people with overseas tax residency.

Chinese and Australian tax residents were the biggest buyers, comprising over half of that number.

A 36-year-old man’s body was found floating in a Ba river on Sunday.

FIJI NEWS: Police pair among 60 arrested for curfew breach in...

600kg of plants believed to be marijuana estimated value of $2.3...