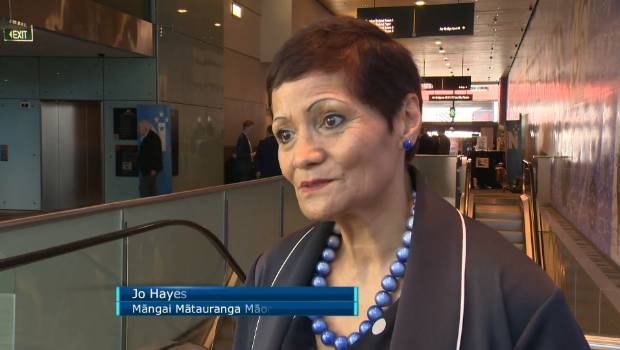 National could reduce class sizes to 20 students for six- and seven-year-olds as well as scrapping fees-free education if elected next year. Its rethink of the fees-free could include changing the rate at which student loans are paid back or creating new education savings accounts.

The party released a new discussion document on education on Wednesday morning, featuring a series of policy promises alongside floated proposals.

These include a recommitted promise to reduce primary school class sizes and ensure children can learn a second language, as well as a roll-back of the Government’s reform of polytechs.

The proposals floated but not committed to include a new “child passport” progress record for schoolkids, stricter criteria for those training to become teachers, a new body to manage school property, and random “spot-checks” on early childhood centres to make sure they are meeting standards.

National leader Simon Bridges said education was a bridge to getting past problems children inherit. “With the right education we can overcome the challenges some children face purely because of the circumstances they were born into,” he said.

The party’s discussion document comes a day after the Government announced sweeping changes to the way schools are governed following its review of Tomorrow’s Schools. National had been very critical of the Government’s fees-free programme, which provided a year of free university study or two years of free trades training.

The party had criticised the scheme for not increasing student enrolment numbers, while Labour have defended it by saying the low unemployment rate has kept a lot of people from considering study.

National had not yet fully committed to scrapping fees-free but had put forward several options to change it. These included shifting fees-free to the final year of study – received on completion – instead of the first.

Another idea was a Singapore-style “education saver” system which would act as a quasi-KiwiSaver for children to slowly save up for study during their life, with parents and the Government paying in.

One model the party had looked at for this would give students around $3000 in state-funding for their first year of study – about a quarter of the amount available under fees-free. This was only one option however and did not include money parents might pay into the account.

“Fees-free is an expensive failure. But clearly looking at options about how to reinvest that money back into education,” Bridges said. “You could do something that looks at targeting those that need the most help as well as the education saver.”

Bridges said he didn’t think it would be that politically difficult to remove fees-free and replace it with something else.

“I get around university campuses, polytechs, talk with a bunch of student. They absolutely want the money and will take it. But I also sense a very real cynicism about this, in as much as they understand that it’s not good public policy. They intuitively get that there would be better investments in education than this.”

National was also considering using the fees-free money for student loan write offs or additional payments for living costs, and changes to how student loans are paid back. Those changes were not provided in much detail but could include raising the repayment threshhold. Currently all money earned over $19,760 a year was paid back into a student loan at a rate of 12 per cent. The party was also considering changing that rate.

National are also keen to get a New Zealand university back in the top 50 around the world on various ranking tables.  National’s tertiary education spokesman said the best way to do this would be to greatly increase performance-based research funding.

National promised in 2018 to reduce primary school class sizes but on Wednesday revealed a set of ratios to go out for consultation. (Schools themselves set exact class sizes, but are funded based on a ratio of students to teachers.)

This plan would require many more teachers to be hired.

National’s education spokeswoman and former education minister Nikki Kaye said this would cost between $160 and $200m but would not open overnight thanks to the teacher shortage.

“We are proposing a number of ways, including financial incentives, to attract more people to the profession or to get people to return to teaching. We understand the need to have strong recruitment and retention policies to ensure we can deliver the teachers we need.”

Those financial incentives were not described in detail in the document, but were aimed at getting people into teaching as a career and back into it if they have left. National was also considering restricting those that can get into teacher training, however.

Israel has reportedly carried out a wave of air strikes on...