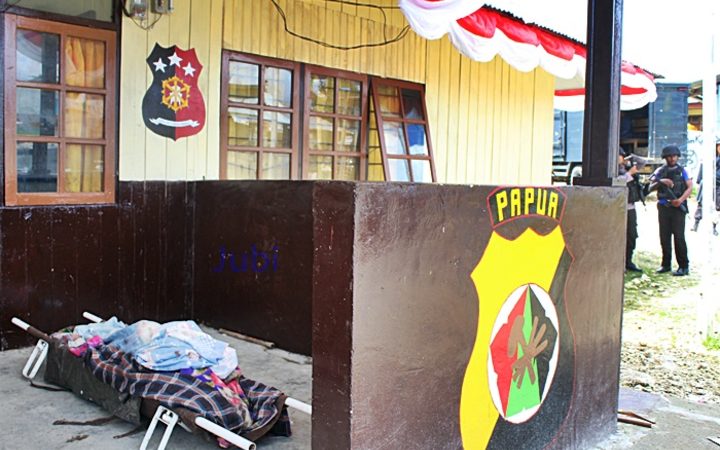 UPDATED: 7:36am – A relative of villagers in Indonesia’s Papua region caught up in a fatal police shooting says they’re calling for the police to take responsibility for the incident.

Amatus Douw’s relatives were among victims shot in a confrontation with paramilitary police in the Deiyai district on Tuesday. According to reports up to 16 people were also injured, some of them critically, among them teenagers.

Mr Douw is a pro-independence activist for West Papua and lives in Australia after obtaining political asylum in 2006.

He had been in contact with his family and he said the dead man’s body was placed in front of the police office in Deiyai yesterday after the shooting.

“Without asking, without advocat(ing) the issue, they just shoot and shoot. Uncompromised. They are really sad and very worried,” Said Amatus Douw.

Mr Douw said his people were worried because more police and military have been deployed to the district. According to a BBC report police say warning shots were fired in the incident and they are investigating.

The parliament of the Deiyai area has called for the arrest of officers involved in the shooting and the withdrawal of the mobile brigade.

‘It was closure whether I like it or not’