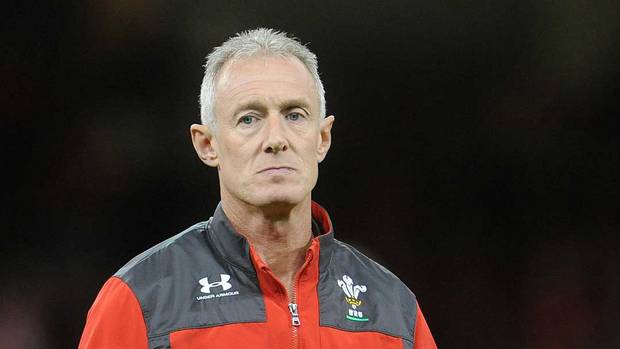 Former Wales assistant coach Rob Howley has been suspended from all involvement in rugby for 18 months after admitting to breaching World Rugby anti-corruption and betting regulations.

The Welsh Rugby union today released the findings of a three-month investigation into Howley’s betting activity that forced him to leave the recent World Cup in Japan before the tournament had started.

During a five-year period as Wales assistant coach – from November 13, 2015, to September 7, 2019 – Howley has been found to have placed 363 prohibited bets on rugby union, featuring 1,163 matches in total, using three different agencies.

The report found a “comparatively small percentage” of Howley’s bets were placed on matches involving Wales, and on two occasions on players representing Wales.

The 49-year-old complied fully with the investigation which included submitting his bank statements, betting account details and electronic devices – a Welsh Rugby Union laptop and mobile phone – used to place the bets.

The report states: “Not surprisingly, Mr Howley was asked a number of questions relating to bets he had placed upon the Welsh team and about a bet which he had placed upon an individual within the team to be the first try scorer in the match against Ireland in March 2019.

“We use the word “hobby” with some caution because it seems that a trigger for Mr Howley’s betting activity was a family tragedy involving the death of his sister.

“Nonetheless, Mr Howley’s behaviour was presented to us as being part of his recreational activities and, so far as we can discern, there is no reason to doubt that is so.”

Howley was sent home from the World Cup after the WRU became aware of a potential breach of regulations, prompting the launch of an investigation into the allegations and Stephen Jones stepping into his role as attack coach.

Howley’s case was heard in Cardiff by an independent panel, chaired by Sir Wyn Williams. The panel has submitted and shared its decision with World Rugby.

The ban is backdated to the time of his withdrawal from the World Cup, and nine months has been suspended, leaving Howley free to return to union on June 16 next year.

After serving on Warren Gatland’s coaching staff for the past 11 years, Howley had been linked with a move to the Italian national job post World Cup but this scandal has since ruined his hopes of assuming that role.

Howley has until Christmas day to mount an appeal against the punishment. He is now seeing a psychologist in a bid to stop gambling.

Kolinisau will not be involved with Fiji team for Dubai 7s...