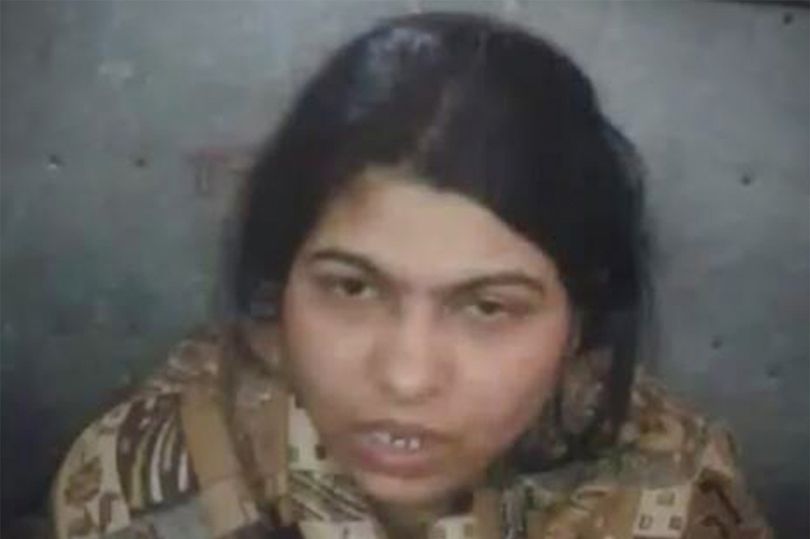 A housewife hacked at her husband’s penis with a kitchen knife because he wouldn’t have sex with her for over a decade.

Sex starved Rita Yadav almost fully detached Ved Prekash’s genitals from the base during her vicious outburst, leaving him in a critical condition and with a cut that was almost four inches deep.

It took surgeons FIVE HOURS to reattach his penis and although Ved, 31, is now out of danger, he’s still in hospital recovering.

Before slashing at his bits, Rita, 28, knocked out her taxi driver husband by hitting him over the head with a stone grinder.

She locked him in the bathroom following the attack at their home in Ghaziabad, northern India, on Thursday morning and then handed herself in at the local police station – telling horrified detectives that her actions were revenge.

Rita claimed that her husband refused to have sex with her for ten years of their 11-year marriage and she believed he was having an affair.

“He used to tell me he hated me,” she said. “We used to fight daily and he told me he hated looking at my face.

He always threatened he would have an affair.

“I was desperate to have children. I used to beg him but he said he’d make love to someone else instead.

I’d been dealing with the torture for years and I couldn’t take any more.”

Insp Jai Prakash Chaubey, at Khora Police Station, said: “She came to us and told us what she had done and we recorded her statement. She claimed they had regular fights and accused him of having an extra-marital affair. She has confessed to attacking him and slashing his genitals in anger.”

Ved regained consciousness half an hour after the bloody ordeal and called his friend in agony who immediately took him to Jaypee Hospital.

Surgeon Dr Saurabh Gupta said: “He was in a critical condition when he arrived at the hospital. His penis was almost fully detached from the base and he had lost a lot blood.

“His penis had been cut with a sharp knife and the cut was nearly 4-inch deep. We operated immediately and we were able to save both his life and the organ with a re-implantation.”

Rita has been arrested and charged under Section 326 (voluntarily causing grievous hurt with dangerous weapons) of the Indian Penal Code ahead of trial.