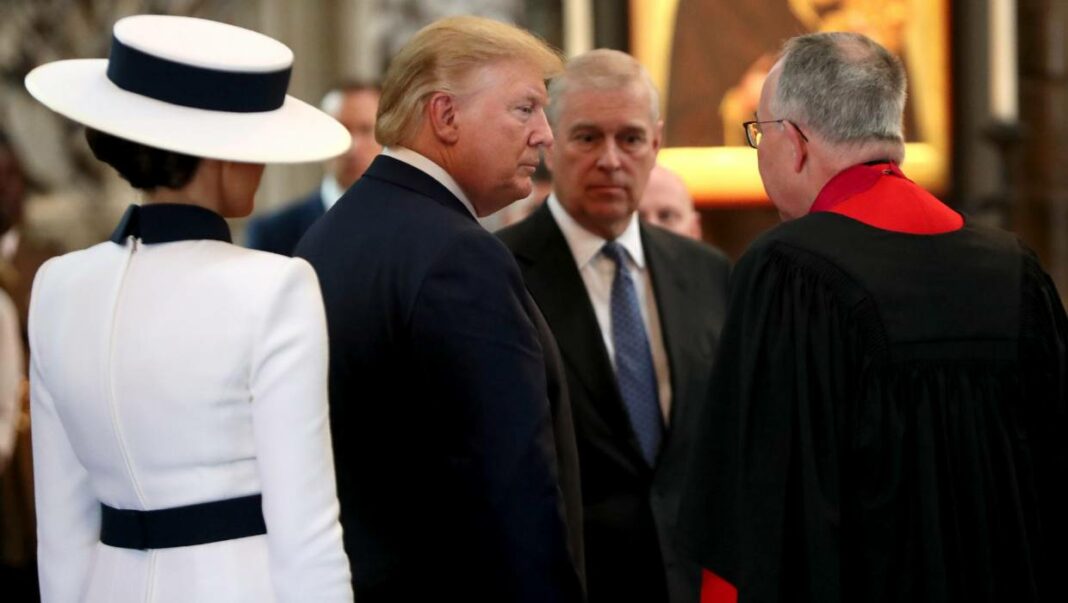 US President Donald Trump said at a news conference that he “doesn’t know” Britain’s Prince Andrew, despite photos of the two taking a walk side by side in June.

The pair were seen smiling at Westminster Abbey during the president’s three-day state visit to Britain and at least one social gathering several years ago.

“I don’t know him, no,” Trump said, shaking his head, though it was not long before photos of the two men together began resurfacing online.

Andrew, who is the second-eldest son of reigning monarch Queen Elizabeth II, recently stepped back from public duties amid allegations that he had sex with a teenager who was trafficked to him by his friend Jeffrey Epstein, the disgraced US financier found dead in a jail cell in August. Epstein was being held on sex trafficking charges at the time of his death.

According to a tweet sent from Andrew’s official Twitter account – the prince is also known as the Duke of York – on the morning of June 4 this year, Trump was welcomed by the prince and then-prime minister Theresa May ahead of a breakfast meeting at St. James’s Palace for British and US business leaders.

One of the tweeted photos shows the two walking side by side, another shows Trump greeting May as the prince looks on.

“I don’t know Prince Andrew but it’s a tough story, it’s a very tough story,” the president said at a news conference on the sidelines of the NATO summit in London when he was asked for his thoughts on the prince stepping down from his royal duties. The question came the day after Andrew’s accuser appeared on the BBC to say she was forced to have sex with the royal at the behest of Epstein when she was 17-years-old.

In a highly controversial BBC interview that aired last month Andrew, dubbed “Randy Andy” by the tabloids in recent years due to his playboy lifestyle, denied all allegations and said he had no recollection of meeting Giuffre. The interview stunned viewers, with many angered that he did not say he regretted his friendship with Epstein.

Following Trump’s denial, many on social media were quick to draw attention to the meetings between the two.

Another photo circulating on Twitter on Tuesday purports to show Trump and future first lady Melania at a social gathering with Andrew. Epstein can be seen hovering in the background. Ghislaine Maxwell, a British socialite who accusers claim was Epstein’s girlfriend, also appears to be in attendance.

This pic in particular could prove very tricky. It seems to feature Ghislaine Maxwell (on the far right), Epstein, Andrew and the Trumps. pic.twitter.com/cDPbo8U67f

Giuffre revealed in Monday night’s interview that she was passed around Epstein’s friendship circle “like a platter of fruit” and said that Maxwell had recruited her from Trump’s Mar-a-Lago resort.

Parents of gunned down officer travel back to California from Navua...

FIJI NEWS: – We are committed to providing and improving water...