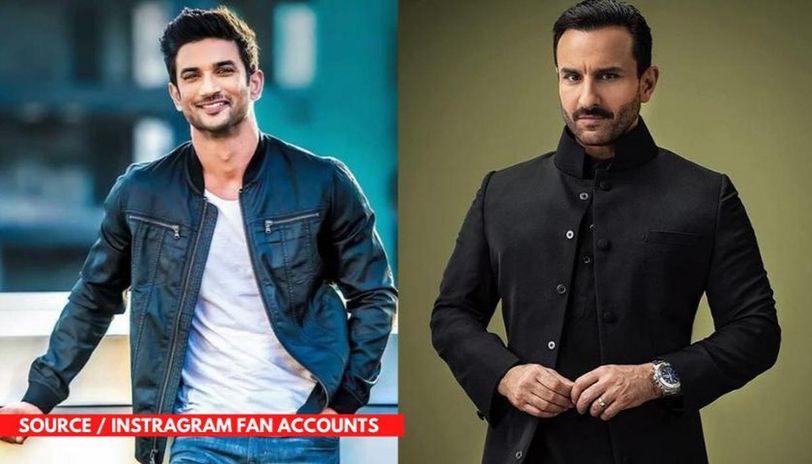 On-screen character Saif Ali Khan shot with Sushant Singh Rajput, and said that he very enjoyed him, yet saw that he was ‘a little on the edge’. Sushant passed on by self destruction on Sunday, at 34 years old.

Saif, who showed up in an appearance in what will be Sushant’s last film, Dil Bechara, revealed to The Times of India, “I knew him. I shot with him… When Sara depicted him, she generally portrayed him just like an extremely noteworthy individual. What’s more, I thought if this person truly gets Sartre, the manner in which he says, and he is as shrewd as she’s portraying him, at that point he’s clearly more clever than I am.”

About his own recollections of the entertainer, he stated, “I think he had exceptionally refined looks. He was a gorgeous person. He was extremely gifted, he was somewhat restless… When I met him, I thought he was a little on the edge. Also, he was a bit, I don’t have the foggiest idea – I think he was searching for something. He was keen on indistinguishable things from me somehow or another, similar to he preferred cosmology, and he enjoyed, you know, examining a portion of this way of thinking and discussing some stuff, which, you know, one fiddles with as a novice.”

Saif proceeded, “When I did my visitor appearance in his Dil Bechara, I think he was very content with that. He was pleasant to me and he said he needed to come and have a beverage and discussion about different things, which never occurred, which I feel terrible about. Possibly I could have, you know, helped here and there or not… I don’t have the foggiest idea. Be that as it may, in the wake of working with him, I very preferred him since he was pleasant. And afterward he disclosed to me he moved behind me as Shiamak’s artist during the Melbourne Commonwealth Games (in 2006). Thus I was saluting him on how far he’d come, you know?”

Dil Bechara, a change of The Fault in our Stars, is coordinated by Mukesh Chhabra and furthermore stars Sanjana Sanghi.

Justice Temo sentences 3 uncles to 14 years after being convicted...