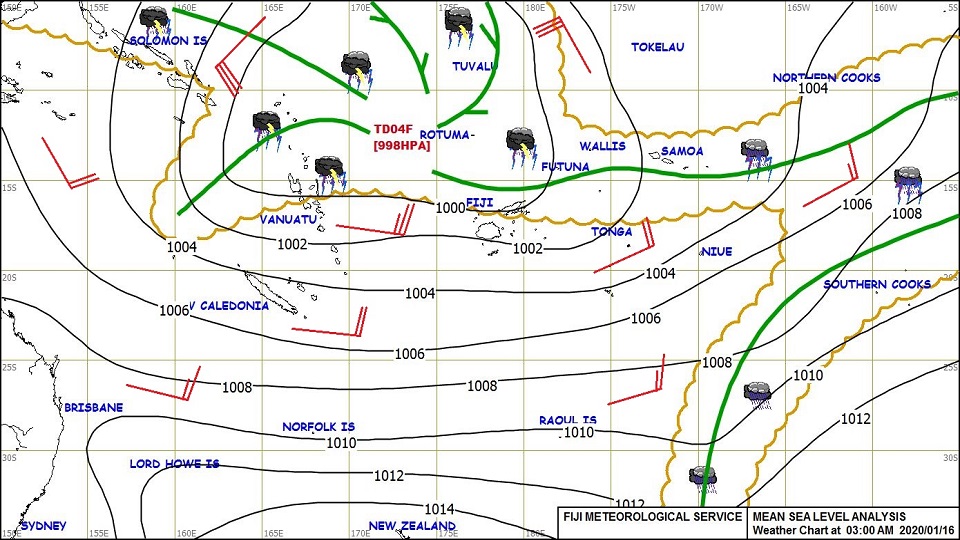 Tropical Disturbance 04F has intensified into a Tropical Depression overnight.

The Fiji Meteorological Service says the system is expected to turn southeast in the next 12 hours and head towards Fiji.

A gale warning is now in force for Rotuma. Rotuma can expect winds to also further increase up to 35 knots from later today with very rough to high seas and damaging northwesterly swells.

The Nadi weather office says  it is expected to name the cyclone sometimes tonight.

A strong wind warning is now in force for the group as well.

Winds expected to further increase up to 35 knots from tomorrow with high seas and damaging north-westerly swells.

The public is advised to remain alert and vigilant and take warnings and advisories from relevant authorities seriously.

WORLD NEWS:- Iran calls for expulsion of UK ambassador as arrests made over plane crash