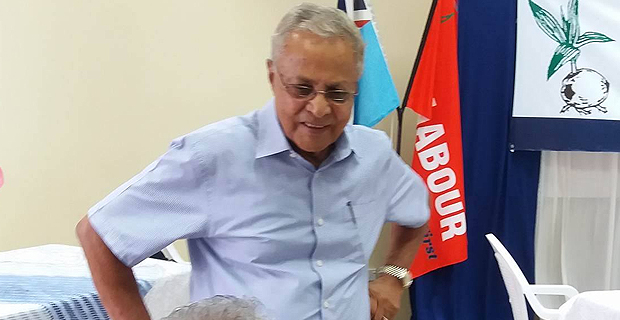 Updated: 6:53am – Fiji Labour Party Leader Mahendra Chaudhry says they will continue to push for a party coalition ahead of the 2018 general elections.

Chaudhry highlighted this during their Annual Convention that was held in Suva.

He says unfortunately other parties have not come to an agreement on the idea for a party coalition.

Chaudhry says the people want all the other parties to unite and fight and this is the only way they can win.

He says as they make their own preparation ahead of the elections, their door is always open for a coalition.

Meanwhile the Party President Lavenia Padarath says FLP pushes for the availability of basic needs for all regardless of their economic status.

Padarath says they have a list of proposed programs that they plan to introduce if they are elected into government next year.

She says that this includes the reinstatement of the retirement age to 60, relief of value added tax and the review of all indirect taxes.

The FLP did not make the 5 percent threshold and did not win any seats in the 2014 general elections.